Fire Emblem has gone from relative obscurity to absolute, full-blown mania in the last few years, and the game in which Chrom was one of the leading characters, Fire Emblem Awakening, was the one that really pushed the series forward.

It should come as no surprise then that Fire Emblem Awakening gets a lot of love from Nintendo, and as a result, it’s represented particularly well in their more recent titles, such as Fire Emblems Warriors. Now, a new Fire Emblem champion is joining the fray as an echo fighter – Chrom, who will be echoing Ike, has finally made the cut.

At this point, the Fire Emblem series might have the most representation of any Nintendo IP in Super Smash Bros Ultimate. For Fire Emblem fans, it’s going to be a blast seeing these iconic character face off against each other. As an echo fighter, similar to how Dark Samus will control largely like Samus, Chrom will play like Ike, with some key differences.

This mirrors his in-game description well, as a self-trained, rough around the edges warrior, Chrom has always favoured heavy, powerful swings, as opposed to his ancestor Marth’s quick, precise blows.

It’s hard to imagine any more characters from this series joining the fray now, but hey, anything is possible. Maybe Tharja could join as a Robin echo fighter? Please? Pretty please?

What do you think about Chrom’s addition to the roster? Is Fire Emblem Awakening getting too much love? Do you want even more Fire Emblem goodness? Will you be playing as Chrom, or sticking with Ike? Let us know in the comments below!

For everything Smash related, be sure to check out the official Smash Bros website.

You can hear everything we’ve got to say on the matter during our weekly podcast, Infendo Radio! Be sure to check it out and subscribe to us on iTunes! 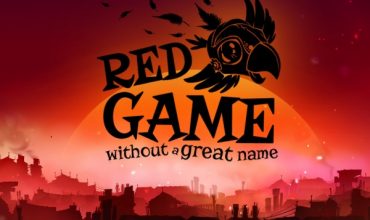