What better place to start our new retro feature than the very system that kickstarted this wonderful journey, the Nintendo Entertainment System. For many gamers, the NES was the system that changed our lives and sucked us into a world of endless possibilities. Whether it was World 1-1 of Super Mario Bros, the first dungeon in The Legend of Zelda, or the initial creepy moments of Metroid, the NES captured the hearts of millions right off the bat, and continues to entertain people to this very day.

No two lists will ever be the same, many different people have many different favorites, but the following games are certainly some of the most memorable from their time. So without further ado, these are the ten best NES games, as voted by the Infendo staff:

10. Castlevania III: Dracula’s Curse – Returning to the action-platforming of the original Castlevania, Dracula’s Curse added so much depth and variety to the series. The ability to switch characters throughout the game led you down different paths, making for incredible replay value, as you could play the whole game without seeing all it had to offer.

9. Kid Icarus – Built on the same engine as Metroid, and released around the same time, Kid Icarus often goes unnoticed and/or unappreciated. Where Metroid focuses more on exploration, Kid Icarus focuses more on action-platforming, with some RPG elements. Full of unique worlds and labyrinthine fortresses, Icarus is challenging, yet thrilling.

8. Metroid – The original exploration game, Metroid came out of nowhere and stunned gamers. Its eerie atmosphere, open world, and non-linear gameplay made it extremely unique and set the blueprint for one of Nintendo’s most unique series of all time.

7. Duck Tales – Built on the Mega Man engine, and taking many of its action-platforming aspects directly from it, Duck Tales stands out as one of many licensed Disney games that proved to be more than just a kids game. With an amazing soundtrack, incredible levels, and an unforgettable pogo-stick attack, Duck Tales is an absolute treasure.

6. Contra – A thrilling cross between Rambo and Alien, Contra was shooting action at its finest on the NES. The best multiplayer game on the system, Contra was a non-stop barrage of militant music and alien beat downs.

4. Mega Man 2 – Released only a year after Mega Man, this powerful sequel managed to up the ante in every way possible. More Robot Masters, up from 6 to 8, made for more variety. Brilliant level designs, unique enemies, and an absolutely memorable soundtrack make this the high point of the Mega Man series.

3. Punch-Out!! – A brilliant game full of absurdly unique characters, Punch-Out!! is more than just a “boxing game.” It was a test of skill, of timing, of pattern recognition. Punch-Out!! demanded you to play it again and again, mastering each comical opponent as you worked your way to the top.

2. The Legend of Zelda – The game that kicked off one of the greatest series in video game history. Zelda was one of the biggest, most ambitious games of its time, and tested players wits and ingenuity. Many elements have been improved upon, but this game laid the groundwork for every Zelda game that followed.

1. Super Mario Bros. 3 – Following the oddity that is Super Mario Bros. 2, SMB3 picks up where the first game left off, and runs away with it. Prettier graphics, better level designs, cooler power-ups, SMB3 had it all. It took platforming to new heights and is the gold standard for all Mario games.

Report: Infendo inside sources have confirmed Wii U specs 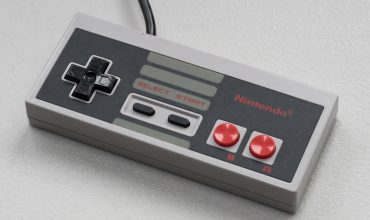