A Brand New Adventure, Over and Over Again…

I never played The Swords of Ditto when it was first released, so don’t expect this review to go into the differences between this new, updated version and the older one. This game really caught my eye with an art style that was like a cartoon come to life, and a very catchy soundtrack that left my head bopping. There are many things I like about this game, from the simple story, to the fun gameplay, to the easy-to-play battle mechanics; but there are a few areas where I feel this game falls flat.

With that said, let’s dive into this review for The Swords of Ditto.

The Swords of Ditto is a roguelike. For those of you who might be familiar with my other reviews, I have a love/hate relationship with this genre. On one hand, I love a game that plays fast and furious. Roguelikes are very much the junk food of gaming. You just sit back and relax, and play the game as you level up, buy new weapons, get stickers, and start beating dungeons.

But for me, personally, playing a game in which you are forced to die over and over again in order to lose and grow as a player is a frustrating experience. In The Swords of Ditto, as you gain levels, the enemies also get stronger. So there is always going to be a challenge, despite the grind.

This gameplay mechanic ties into the plot, as every time your hero falls before slaying Mormo, the main villain, 100 years will pass. This will also mean any items or stickers you found will need to be collected again.

I loved the look of this game. Honestly, it’s one of the most visually appealing games I have played in a long time. The Swords of Ditto looks like a cartoon that has come to life, a cross between Futurama and Adventure Time. There’s a nice variety of enemies to fight, which kept me from getting bored during my play-through. Even the world itself feels like a character, and the map is new each time you play.

There’s a quick travel method that has you blow a kazoo, and then get picked up by an inter-dimensional bus. Moments like this pop up all the time in the game, and really help give the world its own flavor. The audio is great as well, and is a nice fit to the game. Much of the music will have players bobbing their heads to the beat as they explore the world.

You are a randomly generated hero character, and it’s your job to beat Mormo – the evil witch who has taken over the land… Blah blah blah, you’ve heard this story before: You are a hero and you need to beat dungeons, get new items, and level up to beat the big bad.

The Swords of Ditto’s writers clearly weren’t trying to reinvent the wheel. You won’t see anything you’ve never seen before, but that doesn’t stop it from being an enjoyable game. It also supports multiplayer, but I wasn’t able to try this mode, unfortunately. However, I did learn the way you revive your partner is to give them a hug if they pass out, so you know, that has to be a win.

Despite my best efforts, I haven’t been able to defeat Mormo yet. That said, I’m definitely going to continue trying. The Swords of Ditto is a lot like snack food, in that I can keep coming back to it in small doses. While it’s not a game I’ll ever take too seriously, it does feature a large open world, full of enemies just waiting to be defeated. It’s great for a plane ride, a long drive, or if you have no idea what to play for an hour before bed.

The Swords of Ditto has a way of pulling you in and holding your attention just long enough, until it’s time to walk away for a while. I’ve yet to see all the game has to offer, but I can already tell you that I want to get back in and experience more of it.

As I mentioned before, once you’ve lost your progress to Mormo and have to start from scratch, you’ll likely be ready to put it down for a while, but it’s the kind of game that makes you want to come back to it until you finally finish your adventure.

OnlyMatt
Hi, I'm a huge fan of Nintendo, and wrestling!

A Trip Inside My Mind Part 1: Donkey Kong 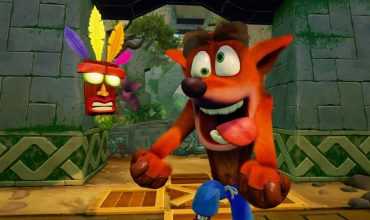 The Nintendo Switch UI sucks. Here’s how to fix it.