A Nintendo Direct focusing on Super Smash Bros. for Wii U and 3DS is on its way: on April 8, at 3:00pm PT, prepare for some news on the two highly anticipated installments in the beloved franchise.

This is definitely something to get excited about. I mean, like the Pokemon X and Y Direct and the Wonderful 101 Direct that came before, this is an entire Nintendo Direct dedicated to just two games. Two games that are arguably more anticipated by fans than Pokemon or The Wonderful 101. According to the official Nintendo Direct site, the Smash Bros. special will reveal new details about the two games. And if tradition holds, the broadcast will be around 20 minutes long. A lot can be revealed in 20 minutes. What are you hoping for out of the upcoming Direct?

Thanks for the tip, MikeIsaPoet.

This Rayman Origins trailer will blow your mind 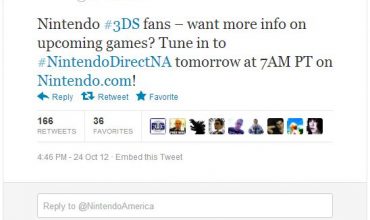