The Legacy Of Super Mario Bros: From 1983 To Now

If there was ever a game series to capture the hearts and minds of millions of players across the globe, Mario certainly takes the proverbial cake. Hailed as Nintendo’s greatest character, Mario became the poster plumber for the Nintendo brand and rightly so – by 1990, you’d be unlikely to find a single gamer who didn’t know who Mario was as the moustached man stole the attention of fans across the world. So, how did Mario, and subsequently his brother Luigi, become so popular in the gaming world and how has their popularity skyrocketed far beyond their humble beginnings in the Mushroom Kingdom? Read on to find out!

It’s 1983, and Nintendo is just a relatively unknown games company, with their only successes being that of Donkey Kong and Mario Bros. However, it was the development and eventual release of Super Mario Bros in this year that truly lifted the Japanese company to recognisable heights. We have Shigeru Miyamoto to thank for the birth of our favourite Italian plumber, all when he came to think up Donkey Kong. Designed with animation limitations in mind, Mario was given his signature moustache to accentuate and make his nose much more obvious on the pixelated animation and a hat was introduced to tackle the difficulty with animating hair at the time.

Since the early days of brown shirts, rolling barrels and simple pixelated designs, fans of the original game began demanding more and so Mario quickly becomes a character of his own making with the release of first Mario Bros, and then, of course, Super Mario Bros.

The game went on to sell over 40 million copies, rising Nintendo up to become one of the most successful gaming companies across the globe, to date.

A Franchise To Contend With

35 years and 200 games later and Mario has pretty much become a household name. With over 185 million copies of various Mario games sold worldwide with plenty more room for growth, it is easily the biggest game franchise in the world and we certainly think it’s proven deserving of that title. We’ve seen everything from the original Super Mario Bros. games and Mario Tennis, to pinball machines and themed slots and it doesn’t seem to be slowing down. Super Mario Run for Android and iOS has sat high in the game charts on numerous occasions and with the new Switch console dominating the gaming industry, it’s only a matter of time before more and more Mario releases begin to take over the industry once again.

Mario has been and continues to be, a leading franchise in the gaming industry and one that other companies have to contend with. Sales are still ongoing and still substantially high and even some of Nintendo’s own franchises such as Sonic the Hedgehog and Donkey Kong have to fight to keep up. What’s more, Mario is even hopping right out of the console and heading straight for other popular media.

Television, movies, anime, comics and merchandise – these are all markets that Mario has bounced his way into and continues to do so to this day. TV has seen countless dedicated programmes including the likes of Saturday Supercade, The Super Mario Bros. Super Show!, King Koopa’s Kool Kartoons, The Adventures of Super Mario Bros. 3, Super Mario Challenge and, of course, Super Mario World. There were even three OVA episodes that featured Mario and his character counterparts! Super Mario Bros. was also crafted into a film, though this unfortunately flopped in the box office.

Super Mario Bros may have begun as nothing more than a few pixels, but it has since gone on to dominate the gaming industry. From the countless games on the market to the merchandise available to purchase practically everywhere you go, the popularity and nostalgia of the little Italian plumber have certainly helped the franchise to grow into quite the memorable character. 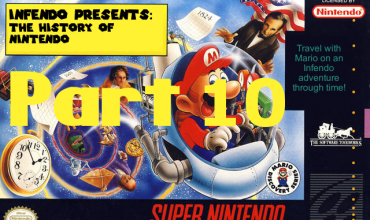 Mario/Sonic demo does its job: I want the full game