Recently, I received Sonic Mania Plus, and sat down for another round of gotta-go-fast, blast-processing-powered gameplay. Mania is good – like, really, really good. Not only is it a solid Sonic game, but it manages to be one of the most competent 2D platformers currently available on the Switch. The levels are expansive and fun, and the game does a great job of feeling like it could have been made 20 years ago.

Make no mistake, this isn’t a Sonic Mania review; Obviously, I love playing through this game. But as I was rolling around at the speed of sound, something hit me. It hit me hard, and made me stop and think for a second. Retro games, done right, have the ability to do something we’ve all wished we could do – they can bring us into the past.

It’s no secret that the series is littered with as much trash as treasure. There are shining gems that make you proud to be a Sonic fan, like Adventure 2, CD and Colors. But there are also those games that you wish Sega had decided to skip – Sonic The Hedgehog (2006) comes to mind. Sega has experimented with a number of different mechanics over time, not all of them welcome additions.

Yes, the Sonic series has a checkered past, but as I sit here playing Sonic Mania, all of that is forgiven. Mania takes place right after Sonic CD. Sonic hasn’t discovered that “the real super power is friendship” yet. He hasn’t picked up a sword, or a gun, or turned into a werehog. He’s just Sonic. 90’s Sonic, doing what he does best – running through loops, bouncing on springs. It’s a refreshing reboot to a series that desperately needs it.

Sonic isn’t the only one to enjoy having history rewritten – A few years ago, Star Fox Zero gave the Start Fox team the same benefit. After years of needlessly complex and cringey stories, talking dinosaurs and Crystal, who would make even a furry blush, the original team of 4 were back. Not on foot, not using staffs, and not with clunky touch controls and bizarre multiple-endings. It was just Star Fox again, and damn, it was good.

Video games can always go back in time – there’s something magic about that. We all have moments where we wish we could have a do-over, and in a small way, video games allow us to do that.

The world is so complex and hard to handle sometimes. We aren’t turning into werehogs or buddying up with talking triceratops, but  that doesn’t mean we don’t make mistakes. Our personal, political, and professional lives are wrought with moments that hit us as hard as a hedgehog with an AK47. And while we have to keep marching forward, as is our destiny, we’ve finally found a way to, at least momentarily, in our own minds, go back in time. Cherish it. 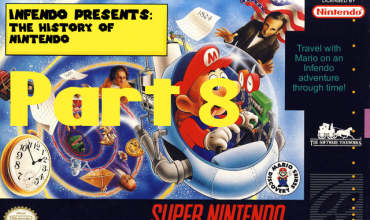