With Nintendo in such a precarious position in the home console space following the success of their first two consoles, many analysts at the time were ready to write Nintendo off. The Nintendo 64 was a failure they would say, the GameCube was a baby machine they would scream. If Nintendo has taught us anything throughout the years, it was to discount them at your own peril.

Nintendo was about to enter one of the most profitable eras of its existence, and all the Nintendo haters would find themselves awfully quite.

It wouldn’t start out that way. When Nintendo would announce in 2003 that they would be developing a video game product that would not be a successor to the Game Boy Advance or the GameCube, many began to doubt Nintendo’s direction. Long time Nintendo President Hiroshi Yamauchi had just retired on May 24, 2002, and relative newcomer Satoru Iwata was now in charge of Nintendo.

Iwata was known as being a huge proponent of gathering as much data as possible before making any irrational decisions. He believed in making well-informed scientific business decisions, which was in stark contrast to Yamauchi’s approach of making decisions based on intuition and experience.

From this Iwata deduced that the Japanese gaming market had been in a slump since the end of the 1990’s. He determined that pushing cutting edge hardware would not be the most effective way to stand out in the video games space going forward, and instead decided to focus on quality software.

Armed with this information, Nintendo would undergo a massive company-wide reorganization. Iwata would consolidate various departments that had been in place since the Yamauchi reign. Iwata also instituted a ‘User Expansion Project’ in 2005 that allowed employees not normally involved with game development to submit ideas for new games.

This line of thinking would carry onto the launch of the Nintendo DS on November 21, 2004 in North America. Notable of the consoles launch is that the DS was launched in North America before the official Japanese launch of December 2, 2004. It is thought that this was to get the Nintendo DS out ahead of the busiest shopping date of the year in the US, Black Friday. This would mark the first time Nintendo would release new hardware outside of their home country of Japan.

Famously, former Nintendo president Hiroshi Yamauchi, who was still a part of Nintendo on an advisory role, stated that  “If the DS succeeds, we will rise to heaven, but if it fails we will sink to hell.”

Out of the gate, the system was a success. Selling over a million units by the end of December in the US alone, the Nintendo DS would amass a worldwide sales total of 2.8 million by the end of 2004.

Hardcore Nintendo fans, whom many of which had purchased their consoles at launch, were able to drive initial sales of the console, but it wasn’t until April 21, 2005 with the launch of Nintendogs that the console truly saw its potential realized. Nintendo was able to create an entirely different customer base that may have not otherwise purchase their handheld, women.

At the time it wasn’t uncommon to see multiple girl gamers, DS’s in tow, proudly playing their handhelds on buses, at school, in airports, or wherever else a quick video game session could be had. This led to an increase in sales, and even after months on the market, the DS was once again selling out.

Nintendo would also tackle another corner of the market with the release of Brain Age: Train Your Brain in Minutes a Day!…or as it should be called, My First Electronic Sudoku. Brain Age was able to capture an audience that previously was not associated with video games as mothers, fathers, businessmen, and grandparents all would be pining to get their hands on the Nintendo DS.

Nintendo, in typical Nintendo fashion would release multiple iterations of the Nintendo DS hardware, the first of which being DS Lite. Already in excessive demand, the original DS system was regularly selling out before the DS Lite was announced on January 26, 2006. Immediately the system would sell out when it would launch in Japan on March 2. Throughout rest of 2006 and much of 2007, the DS Lite was very hard to come by, with Japanese retailers regularly posting notices on shop windows apologizing for the shortage and announcing that they did not know when a restock would arrive.

The DS would receive two more hardware upgrades in the forms of the DSi (November 1, 2008) and the DSi XL (November 21, 2008). The DSi line was notable do to the on board storage and built in cameras, giving the console the ability to download games over the internet and allowing specially designed games the ability to use the on-board cameras.

The DS would continue to sell extremely well throughout its life. Because of its popularity, the DS became a must have console as publishers would treat the system not a secondary thought, but as a force in the video game market. With over 154 million units sold between all DS iterations, it is easy to see how developing games for the console was so attractive.

Join us tomorrow as Nintendo scientists discover yet another way for the company to make money.

Pokémon Black & White 2 is a Hit in Japan 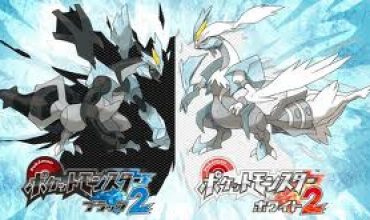