Fans of the upcoming SNK Heroines might have been following aloung with the slew of character release trailers that have been appearing online. The game had done a good job of drip feeding trailers of the characters to us to keep fans happy. But the newest fighter added to the roster has everyone scratching their heads. Say hello to Terry Bogard. Yes, Terry Bogard, star of Fatal Fury:

SNK Heroines launches in a little over a month, and it promises to be a fun outing for fans of the traditional fighting genre. The game was announced ages ago, but it’s managed to stay relevant through the aforementioned use of slow content announcements to keep the hype up.

With Terry Bogard added to the mix, albeit in feminine form, the game promises to hit SNK fans with a bit of Fatal Fury nostalgia and fan service in all the right places. And of course, based on the nature of the game, we can expect lots of fan service in general.

Until now, fans of traditional fighters have had to look to Street Fighter (or the myriad of retro arcade releases) to get their fighting fix on the Nintendo Switch, at least until Smash comes our this winter. Now, we’ve got options, and it will be interesting to see how SNK Heroines changes the formula by featuring exclusively female characters. Female fighter traditionally play lighter and faster than theie male counterparts. Could this mean tighter, faster gameplay for this title? Only time will tell.

All that aside, the game seems to be taking itself seriously. Fans of SNK’s particular brand of fighting games have a reason to be excited.

You can play as Terry Bogard or any of the other SNK Heroines when the game launches on September 7th.

Are you looking forward to SNK Heroines? Are you surprised to see this Fatal Fury reference make the game? Will you be mainging Terry Bogard? Let us know in the comment below!

The Swords Of Ditto Review 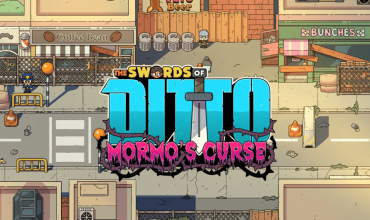