Shigeru Miyamoto has announced he is working on a series of animated 3D shorts based on the GameCube debuting series; Pikmin. Nintendo gave a taste of what to expect to the media, showing a clip of main protagonist captain Olimar blending Pikmin into a large smoothie, but is then comically revealed to be just (PikPik?) carrots.

In an interview about the new project, Miyamoto said “When Olimar first discovered the Pikmin he named them based on the PikPik brand carrots in his home world, so he clearly loves carrots, I thought it would be fun to have a scenario where it seems like he is going to eat the Pikmin. So it’s kind of dark, but he doesn’t eat them.”

Unfortunately not having seen the clip myself I can’t yet comment on the quality of animation or humor. But with Miyamoto directly involved I won’t be surprised if this turns out great. Also hearing how this maybe ‘kind of dark’ definitely peaks interest and it will be fascinating to see what kind of scenarios Miyamoto can dream up for the colorful Pikmin.

The series will be launching before and to promote Pikmin 3, so hopefully we won’t have long to wait. However Nintendo is still deciding on how to distribute these 3D videos, meaning either the Nintendo Video channel for free for a limited time or paid videos on the 3DS eShop to keep.

In addition to watching these in 3D on the 3DS, it would be great to see these in HD on the Wii U. Especially now that we have seen how good Pikmin 3 looks and it would make allot of sense in promoting Pikmin 3, but nothing is announced yet on HD episodes.

Are you exciting in seeing these Pikmin videos? What other Nintendo videos would you like to see with Shigeru Miyamoto’s involvement?

Jest in Time: A Look Back at the Clowns of Nintendo 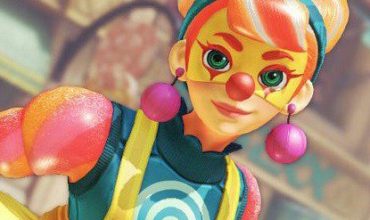