It’s 5:22am my time, and I’ve just finished watching the promised Pokemon-themed Nintendo Direct. Arguably the largest announcement of the Direct video was that of the Pokemon Bank, a secure online storage bank that’ll hold up to 3,000 of your Pokemon. The Pokemon Bank is downloadable for the Nintendo 3DS, with an annual fee attached. Thus, it appears to be an optional service.

In addition to storing thousands of Pokemon, the Pokemon Bank is the method by which players can transfer their Pokemon from White, Black, White 2, and Black 2 into Pokemon X and Y (so it looks like I’ll be paying for the service at least a little while in order to bring over my beloved Ho-Oh, among others). Happily, the Pokemon Bank makes this transfer more streamlined than ever, as you no longer need to juggle two different systems to make it happen: using the Pokemon Transporter, you can transfer your Black/White Pokemon to the Bank, and proceed to pick them up in Pokemon X and Y, only one Nintendo 3DS system needed.

The Pokemon Bank will supposedly be compatible with future Pokemon releases, so another advantage to having it will be clear years down the road when new generations of Pokemon make their appearances.

How much are you willing to pay per year for the Pokemon Bank service? Watch the full Nintendo Direct here for more details.

Adventure Time, Come on Grab Your Friends, The Collector’s Edition is Where it Is 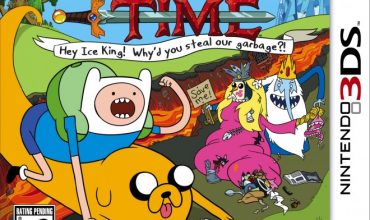 Legend of Zelda: A Link Between Worlds Gameplay Footage