I can honestly say that before E3 I didn’t expect much from the remastered version of Star Fox 64 for the Nintendo 3DS. After all, I waited until the the final day of the show to get my hands on the title because of the sheer amount of stuff to see at the show. Why would I waste my precious time at the show with a game I played over a decade ago? Turns out that I couldn’t have been more wrong about the title, and a good portion of my final day of E3 was spent dog fighting with Fox and the crew.

The E3 demo for Star Fox 64 3D was broken into two parts; one station was dedicated to the sigle player player game and the other to the 4-player multiplayer. The single player campain is exactly what you would expect from a remake. The Corneria level featured revamped visuals but kept true to the source content, right down to the hidden passage through the waterfall. I can’t say for certain if the same voice actors were used to voice the Star Fox crew this time around due to the volume of the event, but all the same lines from the original were in the game (Gee I was saved by Fox, how swell).

What I kept me coming back was the 4-player dogfighting that featured levels not availible in the N64 version. The E3 demo only allowed for Arwing dogfighting, and the Nintendo rep wasn’t able to speak as to if any other vehicals would be availible upon the games retail release. The front facing camera of the 3DS is put to use in the multiplayer mode by placing a video feed of each player above their ship so you will know exactly who it you are blasting. To win the match you must collect stars that appear when the other players ships are destroyed, which leads to an all out brawl when a star appears on the map amongst the Arwing reckage.

The only thing that could make me want the title any more would be for an online multiplayer mode to be included, but unfortunatly, Nintendo doesn’t have any plans to add one before the game ships this fall. Too bad, because online Star Fox would be fantastic.

Star Fox 64 will be availible in North America September 11th. Get ready to do a barrel roll.

Stay Informed about E3, Even if You Cannot Attend! 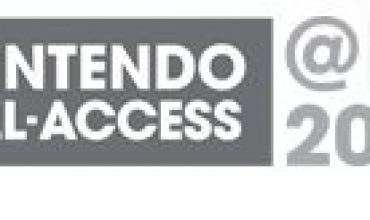