Minecraft on Nintendo Switch got a major update this last week. And with my strange history with Minecraft, it is no surprise I am ecstatic. It received the 1.5.0 update to the Bedrock Codebase, which was the second half of the Update Aquatic. With it, came new mobs such as Turtles and Drowned (Sorry Phantoms, you are part of 1.6, not Update Aquatic). But with it, came one feature I either glossed over, or they didn’t talk about. The feature you ask? Minecraft Realms is here on Nintendo Switch. And I didn’t realize how much I needed it.

As long as I’ve been playing Minecraft: Editions (PS3, PSVita, PS4, Wii U, or even Switch Edition), whenever I played with friends, one of us had to host the world. Meaning, that world was stored locally on our console hard drive. This could be transferred via cross-save on the PS3/Vita Editions, but I could only play with friends on the same console. This was very limiting, as some of my friends had it on PS3, and some had it on PSVita. Then, once you made the jump to PS4, there was no cross save. You could upgrade your worlds to the new Edition, but it was a one way transfer. Much like sending your Pokemon from Gen 6 to Gen 7. Even on the Wii U and Switch Editions it was much the same. Someone creates a world, everyone plays in it. Sounds fine, right? What if Justin wants to go to bed at 11 and I want to continue to build in Justin’s world? Sweet, we’ll just have him leave his Switch powered on and docked. He can stand idle in his house and I can keep working on the farm. Wrong! If you idle for too long, it boots you from the game. And at that time, it also boots everyone out of his world. If he’s not in his world, no one is.

Servers have been an option since the very early days of Minecraft Java Edition. But, for consoles that has never been a thing. Pocket Edition has had Minecraft Realms for some time now, but up until the Bedrock update, not many people used it. But now that Minecraft Realms has hit the Bedrock update, it’s a whole new game. For the first time ever, I can host a Minecraft Realm, even on my Nintendo Switch, and my friends from all versions of Minecraft [Bedrock] can play together. Even when I’m not at home! How cool is that? Let’s break this down into simpler terms, so you get what I’m talking about.

One of the first nights this was announced, Lukas created a Minecraft Realm on his Microsoft account. The Minecraft Realm’s name is BamfleStamp. We found a world we liked, and we began to build our bases. Since Lukas is the owner of the Minecraft Realm, it is his sole responsibility to invite other players (using their Microsoft Accounts) to BamfleStamp. Once you receive your invite, you can then enter the Infendo Minecraft Realm BamfleStamp. Once there, I have set up a community farm just below where I will be building my house. Lukas has a tree mansion not far from myself. The idea behind this, is to see how our world changes and evolves. With Minecraft Realms, only the owner of the Minecraft Realm pays the fee (roughly $25.00 for 6 months) and everyone can enjoy. And the best part, is we already have a wide variety of players in our world. If you own Minecraft [Bedrock] on Xbox One, PC, Mobile (iOS, Andriod, etc), or Nintendo Switch, and you are signed in with a Microsoft Account (Skype, Windows, etc), then you can play in our world. The only rule we have, is be respectful of other player’s property. I have designated a community section, but please give others their space.

In the time since Minecraft: Nintendo Switch Edition has come out, I have put over 145 hours into that version alone. In the time since Minecraft on Nintendo Switch has been out, I have put over 50 hours into it. And at least 20 of that has been bettering the Infendo Minecraft Realm of BamfleStamp. Interested in joining? Join our Discord, and DM Lukas (Sigma) for your invite. Also, check out some of my other Minecraft articles by clicking here. You can even find out what Nintendo and Microsoft think about Sony’s lack of participation in the Bedrock Update here. 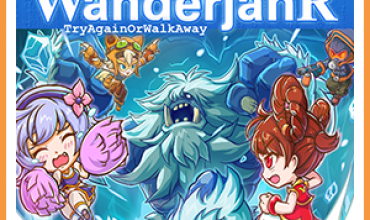 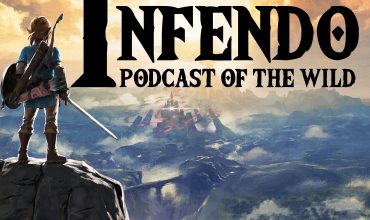