For everyone that follows Infendo Radio, you all know I absolutely love Minecraft. On Nintendo consoles alone, I have put 25 hours into Bedrock, 145 into Nintendo Switch Edition, 15 into Wii U edition, and 1 solid hour in New 3DS Edition. That’s also not counting what I have put into Minecraft: PS4 Edition, PS3 Edition, and PS Vita Edition. That’s a lot of Minecraft. But, there is one reason this game is so important to me, and that same reason is why I continue to play as much as I do. Online play.

Back in the days of PS Vita, where I first experienced Minecraft in all its glory, I did not understand the hype. I had heard so much about Minecraft, and had to try it for myself. I purposely waited for Vita, because I wanted to be able to play on the handheld system, and transfer my world to the TV and play with my wife in the same world. I remember vividly my first experience with the game.

I booted up the game, and immediately found the tutorial world. I played, and followed the instructions to a T. I built my first house, lit it with torches, and waited inside when night fell. But, I couldn’t figure out how to build a roof. Then all hell broke loose. A spider was loose inside my house? How could that be? Well, as I quickly learned, they can climb walls.

After that, I put Minecraft down for a couple months. I remember telling this story to a good friend of mine. He told me I should play with his son Alex. (In retrospect, seeing as Minecraft’s main characters are named Steve and Alex, that’s rather ironic). Alex taught me the ins and outs of the game. He taught me about mining for Iron, and good levels to find gold, and even diamond. He also taught me how to build my first Nether portal. The coolest part about this? We were voice chatting through the game, through our Vitas, without headsets. It was all built into the hardware. I wish other companies could learn from that. But, alas, that’s an opinion for another day.

Then I got heavily into playing. I started reading about how to make a sustainable world with farms. I look at the Trophies, and began to work towards the Rainbow Wool achievement, and how you could breed sheep of different colors to get new colors (i.e. a yellow sheep bread with a green sheep makes a baby green sheep). And as I started to play more, I began to talk to my co workers about the game. As it turns out, almost all of them played. So we began to have Saturday Night Game Night. We would hop into a world hosted on my PS3 at 10pm, as our stores were closing, and play till the wee hours of Sunday morning. Sometimes, we would play as late as 4am. Those were the good old days. Eventually the PS4 came out, we all upgraded, and party chat became a thing we would do. Even those of us that were playing different games could chat while we played Minecraft.

A year or so after the days of Minecraft on PS4, Minecraft Switch Edition was announced. It was everything I wanted it to be. A truly handheld experience I could put on the TV, simply by docking my console. The day that was announced, I dropped the PS4 edition, and never looked back. By this time, I had joined Infendo, and I had a brand new group of friends to play with. I did have to buy them all a copy to play with me. And boy have we enjoyed it. We even have had past Infriendo worlds we have played in. And now that Bedrock is here on Nintendo Switch, we can play with our PC friends (like all the guys I work with that believe in the PC Master Race, you know who you are). And you better believe that once Servers hit, we will have an official Infendo server that we will allow our listeners to play in.

Feel free to read this article, and learn what I thought about the performance of Minecraft: Switch Edition. And look to Infendo in the future, as Lukas and I team up for an Update Aquatic review Or better yet, see how Sony was shamed by Microsoft and Nintendo.

Poll: How much do you like Nintendo today compared to their past? 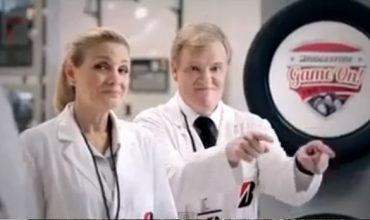 Now you’re phoning with power! The next best thing to Game Play Counselors of yore