Coming up with a list of ‘Best’ or ‘Top’ anything can be tricky. Just listen to Episode 400. For one, there isn’t a person on the planet who has played EVERYTHING, including the Infendo crew. While I might think a game such as Illusion of Gaia deserves top praise on any list, the vast majority of people don’t know what it is, or simply haven’t played it.

Additionally, a beloved game such as Breath of the Wild can completely encapsulate some, while others simply don’t think it’s all that and a bag of chips.

And that’s ok! While I will never ever ever vouch for Sonic (looking at you and your #2 Lukey boy) who am I to say what someone does or does not find fun? Someone, somewhere, believes that Mortal Kombat Mythologies: Sub Zero is is their favorite game, and who am I to stop them?

Goldeneye 007 is a game that many would say hasn’t aged well, but I can pick up that three pronged controller even today, and have an absolute blast trying to best 2:05 on the 00 Agent in the Facility. I still get chills today after I successfully complete the Cradle, even after dying multiple times to the same damn enemy AI that can shoot you from across the map, but not if there is a handrail in front of you.

What I’m trying to get at with this rambling excuse for an article is that this is MY MOTHER FUCKING LIST! Of course your list is going to be different than mine, just based on your own personal gaming experience. AND THAT’S OK!

So game on Infendo, and enjoy whatever shitty games puts a smile on your face….even if it happens to be Sonic.

Gut reaction: What do you think of Wii U? 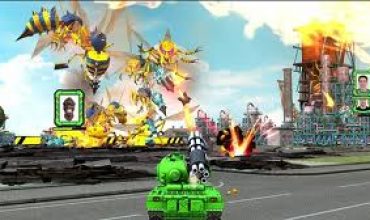