“A delayed game is eventually good, but a rushed game is forever bad.” This is a quote from Mr. Miyamoto, and the point is pretty clear: Slow and steady wins the race. But if Duke Nukem Forever taught us anything, it’s that there’s a clear window between perfecting something and missing the mark.

Enter Yooka-Laylee, the much-hyped and overall positively-received title from newcomer indie studio Playtonic Games. Yooka-Laylee was first announced in 2012 rather cryptically from the twitter account “Mingy Jongo”, which turned out to be a group of ex-Rare employees (and future Playtonic ones). What followed is a 4 ½  year game-development epic that quite honestly deserves its own article. Needless to say, after a great deal of reconnecting, creativity and business savvy, Yooka-Laylee was released on April 11th, 2017th. However, one of the planned console releases, Nintendo WiiU, proved to be too difficult to develop for, so development was moved to the newly released Nintendo Switch.

What followed was a fair amount of critical praise with a few key issues that needed fixing. The development team addressed these concerns and updated various things like the camera, audio issues and gameplay bugs. Unfortunately, being a rather small dev team, this obviously drew resources away from completing the now-delayed Switch version. To-date it has been 4 months since the release of Yooka-Laylee without a release date being announced for the Switch version.

This isn’t the first time a game has come out much later on Nintendo systems. Watch Dogs was released by Ubisoft in May of 2014 on all major consoles except WiiU, which received the game in November of the same year. The big difference between these two games is that unlike Yooka-Laylee, Watch Dogs was considered a critical flop. By the time the game was released, audiences had pretty much been sold the idea that it wasn’t worth buying. Yooka-Laylee has the advantage of being a game that most people at least enjoyed, if not outright loved.

The issue now becomes “how many people will wait for the Switch version?” Admittedly, if you check the Playtonic Twitter at least, the answer seems to be “a lot”. There’s the occasional irate gamer upset that we still don’t have an official release date, but the majority of comments seem positive. That being said, every day Yooka-Laylee isn’t available on Switch is another day impatient consumers can buy it on any of the other available consoles. The issue now largely becomes “will the drive to play the game on their console of choice keep them from purchasing it elsewhere, and for how long.”

Another rather concerning point is that the Switch version is also currently the only console version that hasn’t had an announcement for physical copies, meaning the game must be downloaded from the eshop. Clearly, Nintendo had a hand in some of this confusion. The Switch is the only newly released console on the market, which means the developers had to learn how to develop for an entirely new piece of hardware. Nintendo’s rather revolutionary use of cartridges in a home console also no doubt raise issues in being able to release a physical copy of the game.

All that being said, while I completely respect the developers and the work they’ve put into the game, it’s hard not to have reservations when we still have no release date four months after the worldwide release, no news of a physical option and very little news in general regarding the release. The most recent tweet from Playtonic (at the time of this writing) was on August 4th in which they stated “The team continues to work hard and we hope to have more news soon! Thanks for your support.” Unfortunately almost all of the news regarding the Switch version comes in a similar format, with very little in the way of absolutes.

The problem is that this has been a trend for far too long, with the Nintendo variant feeling like an afterthought the majority of the time. I can only speak personally, but it’s becoming harder and harder to stay excited for a title that everyone else has already played and beaten completely. And with Super Mario Odyssey a mere 2 months away, Yooka-Laylee is about to have some very real competition in the 3D Platforming department.

Recently we at Infendo ranked our top games, and at one point, the discussion came up about Banjo Kazooie vs Super Mario 64. We eventually agreed that while Banjo was a great game, it paled in comparison to the timelessness and pure Nintendo-quality goodness of Mario 64. I fear we may be on the verge of another such comparison, where Playtonic’s first big title is totally eclipsed by the pure hype-machine that is Mario Odyssey. I suppose only time will tell, but if I were Playtonic, I might reach for a pair of Turbo Trainers and sprint to that finish line.

Infendo Radio 365: At least we have video games 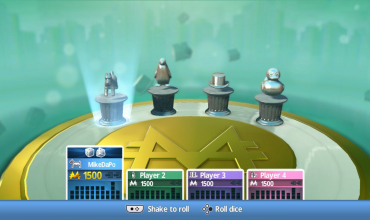