It looks like a modest little puzzle game. It waits for you, secretly chuckling. You have no idea how much fun youâ€™re about to have.

As you play, the game’s insane attention to fun little details becomes clearer. For example, when you need to leave the game for a moment and you close the DS cover, Mario yells, â€œHey! You! Get back here!â€ You open the cover. â€œOkey Dokey!â€ You might spend a minute just opening and closing your DS; Marioâ€™s got a lot to say. This feature even works in jukebox mode. Yes, thereâ€™s a jukebox, and the music is awesome; Itâ€™s like having a tiny German Beer Garden Nintendo Tribute Band at your beck and call.

After a few hours of pure, flawless gameplay (orchestrating safe paths for your wind-up Mini Marios), you save Paulineâ€¦then realize the gameâ€™s actually just gotten started. There are new levels and an entire alternate version waiting. You know itâ€™s your imagination, but the cartridge seems to weigh more than it did at the start.

This game caught me by surprise, because I donâ€™t usually enjoy Lemmings-style clear-a-path titles. Within a minute, however, I was hooked by its perfect mix of comedy and clever mechanics. The gameâ€™s sunny outlook mixes hilariously with the sight of DK getting electrocuted and hit in the face with rockets. If only all obnoxious line-jumpers got such a comeuppanceâ€¦

Fun details continue throughout: Surprise characters appear and the Options title screen seems to float in 3D spaceâ€¦like a tease for a certain upcoming handheld.

The Construction Zone level-editor begins with a tutorial that’s a mini-game itself, complete with points and trophies. Created levels can be shared online, becoming the basis for Challenge Mode. In fact, the game includes a Newsfeed feature to instantly notify you of new downloadable levels.

Want more? Thereâ€™s an art gallery in addition to the jukebox.

Most importantly, MVDKMLM delivers that great, fine-tuned gameplay you rarely see outside of Nintendo: Each and every time you fail a level, you know exactly what you did wrong, and each retry brings you closer to the solution. Though you can blast through the initial story mode in a day, you might spend weeks collecting every item, opening all levels and mini games, and eventually seeing the locked-away real ending. This is a perfect long-term pick-up-and-play title.

And, yes, this DS game features Mini-Guide, an auto-pilot option that appears if you fail a level five times. Iâ€™m proud to say that I didnâ€™t notice it until the final boss battle. Did I use it? Ohâ€¦look at the word countâ€¦Iâ€™d better wrap this review up.

Any flaws? Well, the gameplay isâ€”more or lessâ€”the same concept over and over againâ€¦but thatâ€™s like criticizing a pinball machine for having too much pinball. I could nitpick that I hate when a game takes place in an amusement park and then doesnâ€™t take advantage of that concept beyond pretty backgrounds. The amazing final boss battle, however, remedies that problem in a big, big way.

And that final battle is among the very best, funniest and most enjoyable Boss Battles Iâ€™ve ever played. Itâ€™s a great payoff.

With all the excitement building for Donkey Kongâ€™s upcoming Wii blockbuster, thereâ€™s a danger that this more modest-seeming DS release might get overlooked. I hope that doesnâ€™t happen, because MVDKMLM deserves to be played. If you can pick up both titles, donâ€™t hesitate. If you like puzzle games at all, this oneâ€™s a gem. 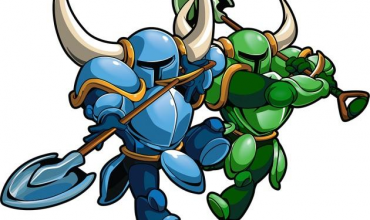