Nintendo 3DS owners in the UK have been playing Bravely Default since December, yet here us North American gamers are again: waiting. Waiting for one of the best RPG’s on the handheld to date to be released. I don’t pretend to know why that is, but Nintendo and Square Enix have been kind enough to at least provide us with a demo of the game. As you may know, this particular demo is different from usual game demos. Given the nature of demos, many may be apprehensive  even about the expansive Bravely Default one. Here are 3 reasons to download and play the Bravely Default demo before the full version arrives on Feb. 7 (after the break):

It would be a big mistake for any 3DS owner who has any interest in RPG’s to pass up the Bravely Default demo. It’s no secret the full version has already begun attracting praise from critics, and you won’t find a more addicting, worthwhile, and engaging demo anywhere. I think I’ve said enough on the matter, so now it’s your turn: go download the demo and see for yourself if I’m right. Also, if you haven’t already, check out the game’s latest trailer above, and don’t forget to leave a comment letting us know what you think of the demo.

I take back everything I said about the 3DS stand 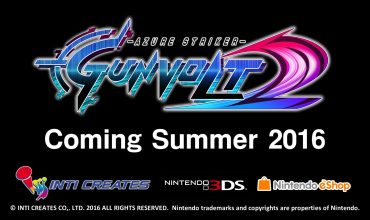