3DS is well into its first official weekend at the new $169.99 price point!

To all new purchasers: Welcome to the amazing and controversial world of Nintendoâ€™s latest handheld! For your convenienceâ€”and for early adopters who may have forgotten some hidden wondersâ€”hereâ€™s a quick list of things you should immediately do once your 3DS is charged up and ready to go:

* Put the AR cards in a safe place where they wonâ€™t get lost, chewed, or trodden upon.

* Register your 3DS. Youâ€™ll get a warranty extension and many free redeemable Club Nintendo coins for your efforts.

* Connect your 3DS to the internet and get the latest system update. When done, your home menu should include the web browser and eShop.

* From eShop, download Nintendo Video (free weekly short films sent via Spotpass) and Pokedex 3D (worth checking out as a fantastic, polished 3D demo even if you donâ€™t like Pokemon.)

* Face Raiders: Pure Nintendo genius. For short bursts of over-the-top, funny, theme-park insanity, it sets the bar at new heights. Have some celebrity photos handy for extra fun, and donâ€™t be surprised when the software grabs faces from your own 3DS photo library (itâ€™ll ask permission first).

* AR Games: Unlike anything youâ€™ve experienced before. Keep going until you unlock Archery 2; at that point, your jawâ€™s going to drop open and hit the table. Thereâ€™s incredible potential on display here: itâ€™ll be a shame if Nintendo doesnâ€™t expand on it.

* The Camera: Itâ€™s fun! Remember you can take 3D photos of the AR Miis, Nintendo characters and Pokedex critters running wild around your house. By the way, because of the easy inclusion of those copyrighted characters, er….well…Nintendo claims ownership of all your 3DS photos. Whee! Yeah, thatâ€™s a whole â€˜nother discussion.

Oh, and you can make it bark or meow to catch your petâ€™s attention just before it snaps a shot.

* Music Player: Import some mp3s and play with the interactive visualizers. Change the pitch and speed. Record your own voice. And pay attention to the parakeet; heâ€™s charming and well-read!

* Mii Maker: Miis look terrific in 3D, and here you have more customization options than the Wii version. Thus, you can import Miis from your Wii, but not the other way around.

* Mii Plaza: Featuring Find Mii, a crazy, lightweight RPG in which your Mii avatar gets kidnapped and you hire knights (kittens or puppies, depending on your preference) for rescue services. It really is a slick, charming little adventure which lasts weeks because, sadly, it can only be played in short sessions: you need pedometer coins or new Streetpass pals to keep things moving.

* Streetpass/Spotpass/Pedometer: Nintendo really wants you to carry your 3DS everywhere in sleep mode…thus the creation of the above Find Mii game. Hopefully, Streetpass encounters will occur more often soon; they truly are fun when they happen.

*First, thereâ€™s the reason many of you bought a 3DS: Ocarina of Time.

Then what? Depending on your tastes, there are three other excellent retail games; the same three that have been there since launch. All make outstanding use of 3D.

* Street Fighter IV: An amazing, feature-packed edition for fans of the series.

* Nintendogs plus cats: In 3D, the animals look so eerily real, in colonial times it would have got you burned at the stake for witchcraft. As a wonderfully outta-nowhere bonus, Nintendo keeps sending U.S. Presidents and their pets into your game via Spotpass.

Part Five: Aren’t ANY of the other retail games worth a look?

* Steel Diver: Not worth full price, but fun nevertheless. The main draw here is actually the amazing mini-game 3D periscope mode, which is great for quick, spectacular arcade action.

The following games have gotten decent reviews and good reactions from our readers and/or Infendo staff:

* Lego Pirates of the Caribbean

How about some excellent downloadable titles? Here are three winners–The best from each of the shopâ€™s major software types.

Remember to use the search engine to look beyond the weekly recommendations.

Part Seven: Take a number and be seated

And now we wait. Welcome aboard! Hey, some of us have been waiting for new software since March! Chin up: Star Fox, Super Mario 3D Land and Mariokart 7 are on the horizon. If you were lucky/clever enough to buy your handheld at a discount and still qualify for the Ambassador Program, your free games arrive soon!

Seriously, the Holidays canâ€™t arrive soon enough for 3DS. And after that? Fingers crossed for good announcements from Nintendo in the very near future.

Part Eight: Tell us what you think!

If you bought a 3DS this past week, what are your first impressions? Which–if any–game(s) did you purchase with it?

GameSpot names The Legend of Zelda: A Link Between Worlds as overall game of the year 2013 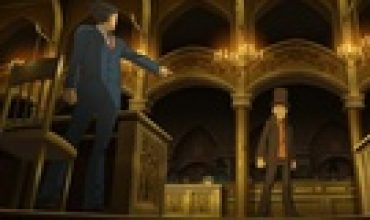