You have to hand it Microsoft. Even when they know that everyone knows they’re ripping off Nintendo as part of a campaign to sell their console to customers outside the male 12-25 demographic, they keep on keeping on.

First it was avatars. Then, the bright, white advertising campaigns of moms and girls having fun playing… well, I haven’t quite figured out what games those actors were playing because none of the non-traditional games they showed at E3 have popped up anywhere worth noticing (Lips, You’re in the Movies–where now have you gone?!).

Today, Microsoft has shamelessly stolen the Wii Ambassador parties that Nintendo used with incredible effectiveness in 2006.

“We’ve sold 20 million consoles to date globally since we launched three years ago,” says Heather Snavely, Microsoft’s director of interactive entertainment business global platforms. “In order to get to the next 20 million, we need to get a new audience of women and teens. We’re going after them in ways that are different than ways we’ve done before.”

The party hosts were 1,000 women who already had an Xbox 360 in their home. They were given a $150 pack of Xbox swag in exchange for hosting a party for at least 10 friends or relatives. The pack included Microsoft’s non-traditional gamer acquisition Hail Mary game Scene-It?, an Xbox universal remote, three-month subscription to Xbox Live, and 1,600 Xbox Live points to spend on “casual” games that were promptly deleted when their kids discovered them on the hard drive later that night.

Many hours were lost as people consulted the instruction booklets to decipher the controls. Many, many games of UNO were played. Soon after, the mothers undoubtedly returned those Xbox 360’s to their sons’ rooms were they belonged. They then went and waited in line at a Best Buy for the latest Wii shipment.

More seriously, this was a noble effort. With software, it’s often the second guy who sells the idea that gets the money, not the first. That’s fine. It’s what innovation really is. But there’s one issue here. The controller and the image it seared into consumers minds when they think about Nintendo.

Once a gimmick, the Wiimote has changed gaming, in spite of what detractors might say. Game quality aside, motion controls and the IR pointer are just a part of life now. We’ll see more of them in the future, not less. And that is why, hard as Microsoft may try to mimic Nintendo these days, their non-traditional marketing will fail. At least with the 360.

Nintendo to Microsoft: No Goldeneye for you!

Could Xbox be Banned from the US? 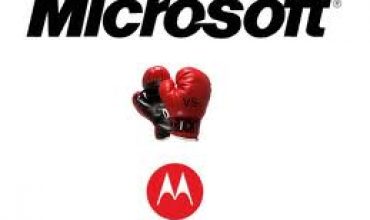