Microsoft is coming to terms with a harsh reality; drunk on rum and with all cannons firing, Nintendo has stolen the booty this generation.

In an interview with BusinessWeek, Microsoft’s Don Mattick admitted his company has realistic goals in terms of catching Nintendo this round.

Quite simply, that it won’t.

Even Microsoft’s top Xbox boss acknowledges the company is unlikely to catch up to Nintendo. “I’m not at a point where I can say we’re going to beat Nintendo,” says Don Mattrick, senior vice-president of Microsoft’s Interactive Entertainment Business. Indeed, Nintendo is likely to run away with the lead in the current generation of console gaming, leaving Microsoft and Sony to battle for second place. Microsoft’s lead over Sony, coupled with the changes it’s bringing to the console, positions it to secure that spot, Mattrick says: “We will sell more consoles this generation than Sony.”

Faulty hardware aside, Microsoft had a good approach this generation. It hit the market a year early, established a strong games library with blockbuster exclusives and built the industry’s standard for online gaming services. Despite all this, Nintendo has breezed by Microsoft, and the company is losing ground to Sony, which has done as many things wrong this generation as Microsoft has done right.

What if Nintendo Rebranded Themselves as…Nintendo?

The Blue Ocean is deep

Minecraft Realms: The Feature I Didn’t Know I Needed 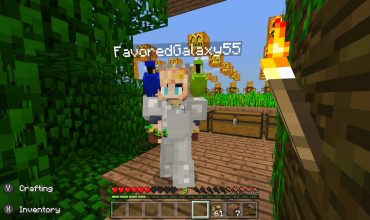