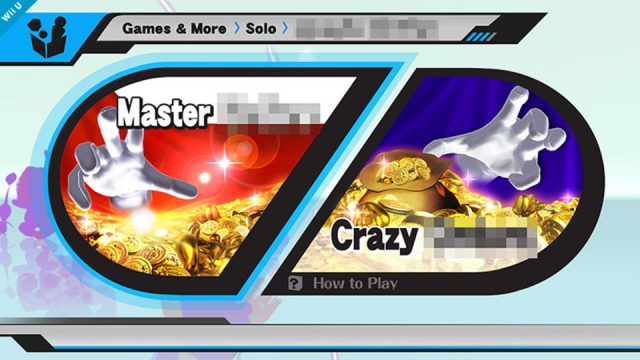 In his daily Miiverse updates, Smash Bros. director Masahiro Sakurai posted an image of two new game modes for the Wii U version of Super Smash Bros. Upon further inspection, the two modes are single-player options, but the titles are blurred out only showing Master and Crazy with Master Hand in each section.

Sakurai only stated in his Miiverse post, “Now, what mode is this…?!” The famed Smash Bros. director is known for teasing fans of upcoming surprises with each iteration of the popular fighting franchise. With almost a month to go before Smash Bros. for Wii U’s release, many have wondered what exclusive modes will be exactly for the console version. Be it a surprise Miiverse update or an unexpected Nintendo Direct, the Wii U exclusive modes may soon be unraveled.

So, what do you think these two new modes could be? Tell us in the comments below.

Donkey Kong Country: Tropical Freeze is out now! Can you convince a non-believer to buy it?