Imagine a game with a Windwaker art style that takes place on a Wild West version of Hyrule field, in which you roll around like Sonic the Hedgehog, aiming for objects as in Super Monkeyball, using a control system that feels like a combo of the forthcoming Kid Icarus and Angry Birds, while building RTS gun towers and fighting arena battles that’ll remind you of good Mario Party minigames.

Now imagine you’re an Armadillo ranger with an annoying prairie dog sidekick, and you’re working for a mayor who’s a boar…who sells pigs at the market. Voila! Dillon’s Rolling Western! Sounds like a bizarre mess, but it turns out to be great fun despite a few minor issues with the game’s introductory sequence.

Basically, DRW is a beautifully produced, imaginative tower-defense game that sets you down right in the middle of the action. You goal is to protect villages from livestock-gobbling rock monsters. The game runs on a day/dusk/night cycle, which splits the gameplay into three modes:

Preparation: While the monsters sleep in their underground lairs, you race around the large overworld, bashing into things to mine gems, fulfill quests, buy supplies, fortify the town and gun towers and collect food to increase the livestock population.

Raid: When the monsters attack, the town seals itself up, leaving you and equipped guntowers to fend off the invaders. When you attack a monster on the overworld, you’re thrown into an arena, facing off against several attackers at once. Clearing them out returns you to the overworld. If the monsters break into the town and eat all the livestock, the game ends.

Saloon: After a successful raid defense, you retire to the town saloon to rest, buy special equipment, practice your skills and chat with townsfolk to acquire missions for the next day.

Dillon spends three days and three nights at each town before moving on to the next (there are ten in all). You can re-visit cleared towns to try to improve your score.

Controls are based around the circle pad, touch screen and L button, with stylus controls taking center stage for charged slingshot attacks, acceleration and momentum. It takes a few battles to get used to the set-up, but the controls fit the game perfectly.

It’s all very fast-paced and enjoyable, with lots of humor and a satisfying attack system. My only complaint is the weak tutorial sequence that starts the game off. Much important information is left out; you’ll eventually learn what you’ve missed when you visit the saloon for the first time, which is only possible if you survive your first mission.

Overall, though, Dillon’s Rolling Western is another eShop winner.

BEST ADVICE: Read the virtual manual before playing, because the Mayor and your doofus sidekick will tell you about 1/5th of what you need to know in the first mission.

WORTH $9.99? If you like tower defense games (with an emphasis on action) and butt-kicking armadillos, this is a polished, well-designed title (minor tutorial issues aside) that I’d consider well worth the ten dollars. Recommended.

Nintendo already thinking about an original on Zelda 3DS

Want to learn how to play Theatrhythm: Final Fantasy? 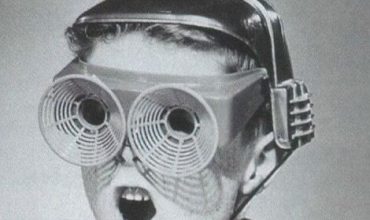