Waiting for a space duck to get through those spikes is like waiting for King Zora to move aside in The Legend of Zelda: Ocarina of Time.

As I move on to Bionic Commando, I move away from DuckTales. It’s time for my first report card! Being the first, I’m not sure exactly how to describe it…it’s not quite a game review. Rather, it’s a review of my progress on the game after playing for about a week. As a reminder, I played DuckTales using an original NES system and cart. Let’s get started!

Unfortunately, I didn’t ever record my total treasure accumulated while playing DuckTales (lesson learned), but rest assured, I spent plenty of time searching. I found a handful of extra lives and, more importantly, health upgrades, and I came to be quite well-acquainted with the levels (except for the Himalayas, apparently). Though I never found the boss in the Himalayas, I did find a character to save from the ice (the name escapes me), which seemed somewhat impressive to me, though I fell to my death on the way back from that location.

Impressions on the Game

Being an action platformer, DuckTales’ appeal lies largely in its control and gameplay. The game holds up surprisingly well in both of those areas. Scrooge McDuck’s trademark pogo jump is remarkably satisfying to use. The game’s presentation also has a timelessness to it, thanks to colorful, well-designed levels, solid sprites of characters/enemies, and a memorable soundtrack. The only “problem” was the slow frame-rate at times, which wasn’t even an issue for me (and I’m sure is common in NES games).

DuckTales is a pretty short, fairly easy game, and I should have spent more time in the Himalayas. But I didn’t use any lifelines, so that helps my final performance grade, which is: 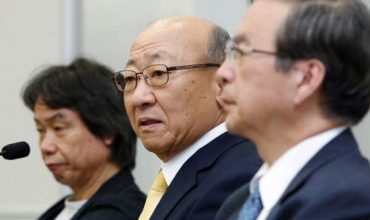