Pokémon fans have a lot to think about lately. Black and White Versions are no doubt still getting good workouts (I know my White Version is), Pokémon Conquest is on the way next month, and Black 2/White 2 hit in Japan this June with an autumn release for the U.S. As if we don’t have enough on our plates to keep us satisfied, Junichi Masuda (GameFreak’s Game Director) recently advised readers of his blog to play through the corresponding sequel to whichever version, Black or White, that they played already. It’s feasible that this suggestion was made with plot in mind, and the only plot detail that varies from version to version is which dragon N rode off into the sunset at the game’s end. It makes sense that Masuda would recommend buying the same color sequel to keep that part of the plot straight.

I’d be willing to bet that N’s far from gone and that he’ll be back with a lot to say about Kyurem’s fusing with his beloved Reshiram or Zekrom. Will he try to restore Unova and quell Kyurem? On the other hand, maybe he’s completely fine with the fusion and is the one who initiated Unova’s deep freeze. He was rather stuck-up, after all, and he does consider himself to be more of a Pokémon than a person. Will he be a punisher, or a savior? We’ll soon see.

Speaking of Unova’s icy situation, lots more changes are in store. This pair of games marks the first time a region has been so drastically modified between two games, sporting new towns, gym leaders, and who knows what else. I’d even be surprised if the starters remain the same. Being the first main series direct sequel in Pokémon history, it’d be a great time to break the Fire, Water, Grass tradition, and offer some completely new Pokémon. An import feature from the get-go would be an amazing inclusion, allowing players to essentially pick up where they left off with their old teams. Opponents’ Pokémon levels could scale accordingly and make for a truly challenging game throughout…but that’s admittedly one heck of a long shot.

Many looming questions and hopes surround Black 2 and White 2, N’s possible inclusion being the most important. His story is something the likes of which Pokémon games have never known, and Masuda’s suggestion seems to poke at his continuing legacy. Only time will tell. Where’s a Celebi when you need one?

Professor Layton and the Last Specter review: The weakest game in the series is still a blast to play 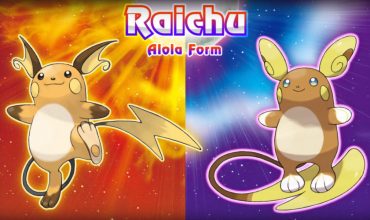