The nine year old graphic technology of the Wii is finally showing its age. Despite this, Nintendo seems set on drinking console milk beyond its expiration date.

“I do not think that there is an immediate need to replace the Wii console,” Nintendo president told Reuters this week. “But of course, at some point in the future, the need will arise.”

If he’s talking about motion controls, I wholeheartedly agree. In fact, the four year old Wii Sports still controls better than any PlayStation Move or Xbox Kinect game I played at E3. But as for the graphics, I think it’s high time.

Admittedly, when the Wii launched in 2006, it did so with inferior graphics. But the gap between HD and Wii was never a deal breaker.

After attending E3 this year, I realized first hand how wide the gap has become. With exception to a handful of stylized games like Donkey Kong Country Returns and the new Kirby, Wii games look noticeably outdated now.

Granted, the “art vs technical capability” argument remains at play here, and Wii is more than capable of still achieving great art. But it’s doing so in reduced numbers now, as its “technical capabilities” exceedingly age.

More ironic still is that for the first time in Nintendo’s history, its eye-popping 3D portable looks better than its flagship console. And that’s an immediate problem. 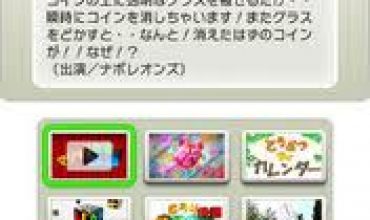