If you listen to Infendo Radio, you may know that I’m quite keen on Club Nintendo, a rewards program for fans who register their games and systems and take surveys to earn coins that can be redeemed for downloadable games and physical goodies. Today the service saw the addition of new Nintendo 3DS game card cases for 400 coins per “set.” A set includes a card case in the shape and build of a regular Nintendo 3DS game case and three reversible covers to choose from (adding up to 6 different designs). The Zelda set features one cover devoted to Zelda artwork, one to Mario, and one to the 3DS. The Animal Crossing set has a similar 3DS cover and (of course) an Animal Crossing cover with another Mario cover rounding out the collection. Click here for all the details, including images of the new offerings.

I’m a 1080° Snowboarding veteran, so allow me to offer my full recommendation of that game right now. In fact, watch for a review to hit Infendo soon. With Club Nintendo adding a new reward and changing up the downloadable games up for grabs, will you be spending your hard-earned coins on anything in the near future? 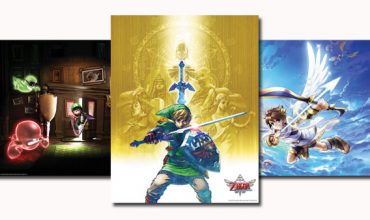