Super Mario 3D Land arrives in six days! My 3DS is practically crying tears of joy. As we wait, take a look back at the various versions of Mario Nintendo’s presented over the years and tell us your personal favorite. I’ll bet you won’t agree with my pick! I’ve grouped the many, many different Marios into seven categories, throwing in two non-game options because they represent the extremes of how cartoony or realistic one can get with the character. Here we go!

CLASSIC: He’s probably the most recognized sprite on earth, save for Pacman and a Space Invader. A few dozen pixels forming a completely recognizable blue collar hero. Time capsule worthy!

CLASSIC PLUS: Here, I’m grouping together every other variation on the Mario sprite, including all other NES games, SNES and handhelds. There’s a lot of personality to be found in this roundup of comic adventurers, with Super Mario World at the peak. If you pick this one, which game in particular are you thinking of?

N64 ERA: Aside from blurry textures and fog (and a handful of the greatest games ever made), nothing says N64 like the first polygon Mario that leaped out of a green pipe thinking he was gonna get some cake. Proving you don’t need tons of polygons to form a personality, variations of this Mario were destined to golf, play tennis, brawl a bit and attend parties on sadistic game boards.

PAPER: Is he “real?” Do his adventures really happen in the Mario Universe, or are they a fiction within a fiction? Who cares; this hand drawn redesign is almost impossible to dislike, and boy do I feel awful whenever he collapses just before a “Game Over” screen.

CURRENT: From Sunshine to Super Mario 3D Land, this rendition gets tweaked and upscaled/downscaled depending on the hardware and game needs, but they’re all aiming at this look that’s become Nintendo’s “standard” Mario.

INSTRUCTION BOOKLET: Don’t you wish, just once, you could play a game using this guy? Nothing seems impossible to Instruction Book Mario, and he’s just plain “wacky!” That image of him in the Tanooki Suit is probably my favorite; you can almost picture the white-uniformed men with the big nets chasing him. The original 80’s cartridge of Super Mario Brothers came packaged with Mario stickers, including one depicting him as an Old West sheriff…I’m still waiting for that game!

PHOTO-REAL: Mr. Hoskins, it wasn’t your fault. Mr. Albano, your “Do the Mario” song is pop culture gold.

Okay, here’s my pick (most of you will probably disagree strongly here):

N64 ERA MARIO! Though I’d love to play a game as Instruction Booklet Mario, I’m choosing from the existing library; I really like the funny, beanbag-like look of N64 Mario. Remember the first time you saw this guy get tossed out of a painting after failing a level? The way he picked himself up, recomposed himself and stood there bravely awaiting his next mission? He was perfectly designed for that game, with the funniest running animation in game history and tons of personality. I like the proportions they went with here, yet I realize this is a form they can’t return to: He belongs in the low-polygon world of N64, and he was the best thing about that console.

So, which Mario is your favorite? And, yes, I know I ignored isometric Squaresoft Mario and all the Mariokarts, so please consider any and all games when making your choice! 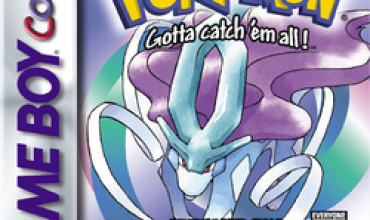 New trailer for Rayman Origins is the pure hotness!