Even when Nintendo president Satoru Iwata talks smack, he is humble. I expect nothing less from Nintendo’s relatively young leader, as he’s a business man that I hope many in the industry today and in the future learn from. Our games and experiences will better off because of it.

Always interviewing with a smile, Iwata constantly talks of “surprises” and how achieving them with gamers and developers will trump marketing buzzwords like “console lifecycles” and the like.

In this latest interview with the Times Online, he’s no no different.

On Natal, Sony’s unnamed controller, and competition, Iwata seems to talk a bit of smack until you realize he’s just stating the facts:

â€œTo tell the truth,â€ Iwata says, â€œI expected them to come up with stuff like this last year. So in my mind theyâ€™re later than expected.â€ He pauses, then opens his arms outstretched, with a huge grin on his face. â€œIâ€™d like to say to them, â€˜Welcome to the motion-control world! We are happy that it is now becoming an industry standard. However, we still have no idea about when their products will be available, or how much they will cost, or what sort of software they will be used with.”

Nintendo did actually think the hammer was going to fall last year. If you’ll remember, before Microsoft’s E3 keynote, Nintendo fired off a press release about MotionPlus. When nothing happened, the company all but buried the tech until mid to early 2009. And the second half is also true. Iwata, like us and every developer in the world right now, has no idea what to expect from the two impressive tech demos that were shown last week. I think their future lies in Microsoft Surface, but that’s just me.

And before that topic came up, Iwata touched upon expanding gaming. It’s ad nauseum to we folk, but I still find it amazing that many “experts” and analysts today still cannot grasp the benefit of having more people, or all walks of life, playing games.

He also plays a video )sadly, unseen) where he manipulates his shakra using the Wii Vitality Sensor. I freely admit the accessory both boggles and fascinates my mind. One could say it’s rather, I dunno, disruptive in that respect. 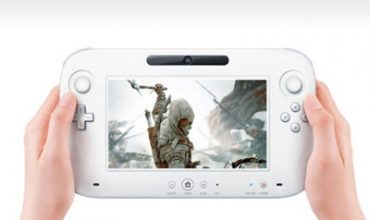 The Fantasy E3 Nintendo press conference that could have been…

Mario Kart 7 is more Texan than you think!