A new event dropped today as part of Bidoof Day in Pokemon Go, and trainers everywhere are scrambling to catch the one and only beaver Pokemon!

If you’ve logged into Pokemon Go and talked with Professor Willow today, you’ve been granted access to the special Bidoof event.

During this event, you’ll have the ability to catch Bidoof in greater numbers, and the odds of encountering a shiny Bidoof are higher than normal. What’s more, finishing the entire challenge will give you an exclusive reward only available through the challenge, so be sure to follow along so you know what to do!

The choices you make during the event will have an impact on which Pokemon you encounter and ultimately how successful you’ll be during the challenge.

Initially, the challenge will start out familiar enough – tasking you with a few basic objectives. Catch a few Bidoof, catch a few Pokemon with berries… Basic things, really.

However, once you get further into the challenge, you’ll be presented a choice – Here’s everything you need to know about what your choices do in-game.

Your first choice will be between 2 paths – Not unlike choosing your starter Pokemon in the main games.

Your options for these paths will be as follows:

The first, and arguably more sensible choice is to pick Bidoof. Bidoof is, after all, the signature Pokemon of this challenge, so it makes sense to go with the obvious winner.

This option is a bit riskier, but it has the potential to grant some amazing Bidoof-themed encounters. Not every player is going to prefer this option, but those that do can expect a few things to happen during the event.

By choosing Bidoof…?, you can expect to encounter more of Bidoof, the Plump Mouse Pokemon, in the wild. You’ll also probably just encounter more Bidoof in general, so be sure to take advantage of all the extra Bidoof! This option also has a happier Bidoof as the icon, so if that’s your thing, be sure to choose path 2.

Once you’ve made your choice, you can expect to encounter some Bidoof, which you should definitely catch. Players may also be tasked with taking a snapshot of their newly caught Bidoof, so make sure you’re snapping pics of your new furry friend.

After you clear the next set of challenges, you’ll be given another choice. Be sure to pay attention closely, as this one is really important to determining whether or not you’ll successfully complete the challenge and secure your rewards.

Everyone knows Bidoof have nerves of steel, and choosing this Bidoof will mean you’ll be encountering more Bidoof along your adventure.

Additionally, this option will also grant you access to all the fun that comes with encountering so many Bidoof.

This one’s sort of a cute play on the fact that Bidoof build their nests near the water, hence the name. It’s still a solid option for players looking to get the most out of their Bidoof event, though.

As you can see from the description, this option will basically make you a Bidoof magnet, which essentially means you’ll be encountering more Bidoof during the event. Both options are useful, but we actually recommend choosing Nerves of Steel, since it also comes with the fun of spending time with Bidoof.

After making your last choice, you’ll be given one final set of tasks – Which, depending on your choices throughout the event, will range from difficult to impossible.

As you can see, you’ll benefit the most from choices that give you additional Bidoof encounters. Hopefully, you choose correctly up until now, and you’ll be able to power through to your reward: A brand new Bidoof Hat!

With any luck, you’ll also get a shiny Bidoof to add to your collection! Happy hunting, Bidoof fans! 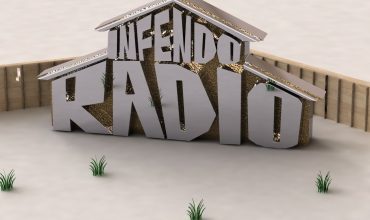