If you have been checking Infendo recently, you may have noticed a few posts about insider information regarding a few upcoming titles. One involving a ground up project for Star Fox coming on either the Wii or the Nintendo DSi. Which would be considered a revival of the franchise.

We also had information on that ‘football patent’ which apparently is for the a new Mario sports title, Mario ‘All American Football’. Not surprising after the success of Sluggers and Strikers. I’m also pretty sure that ‘All American Football’ isn’t the final name of the project considering that Sluggers and Strikers sum up the other Mario sports games.

Then we finally had an announcement about the New Zelda game for the Wii. As an apparent Zelda trailer should be hitting us sometime in October of 2009, either through what might be another Nintendo Business Media Summit or something else altogether.

Either way with two big triple A titles and a sports game coming up from Nintendo from an insider source I would have to say things are looking good. Are you guys really excited for all this upcoming gaming goodness?

Written by: Will Thompson on September 10, 2009.
Star Fox Super Mario 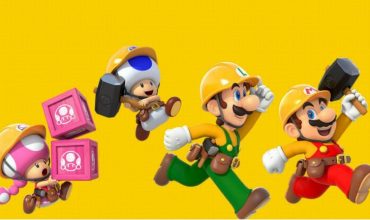