As posted earlier on Infendo, Nintendo and Masahiro Sakurai confirmed during an E3 roundtable this evening that Pac-Man will be a playable character in Super Smash Bros. for Wii U and 3DS.

The roundtable was a closed door affair with video and photography not permitted, so details were scarce for the moment. Now, Nintendo has released an official trailer for Pac-Man joining the Smash Bros. roster. The trailer reveals that Pac-Man’s design will be similar to his past 3D counterparts. Although, it is depicted in the trailer that Pac-Man will instantly switch to his classic 2D design form while jumping in mid air and rolling on the ground in battle. Near the end of the trailer, we get a quick cameo from Mr. Game & Watch, which all but confirms his return to Smash Bros. for the third time.

Pac-Man’s addition will be the third character from a third party publisher to be included into Super Smash Bros. for the Wii U and 3DS.

Who feels like they need a plastic racing wheel for their 3DS? [update] 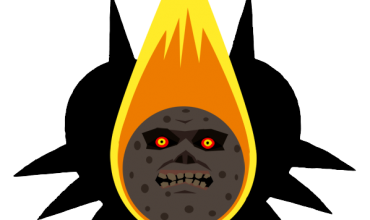