So the Wii U has two Mario Games, Pikmen 3, Game & Wario, Wind Waker HD, Wii Fit U/Wii Party U and the newly released Donkey Kong Country: Tropical Freeze and still things look bleak for the fledgling console. The good news is Nintendo games generally have low first week sales, but push copies over a longer period than other first party titles. The bad news is long term sales are not going to help the struggling device anytime soon.

It seems all hope rests on the upcoming Super Smash Brothers or the future Zelda title, but with so little information about this latest entry in the series, it clearly is not going to be released for another year at least and Mario Kart 8 will certainly push more units and its predecessor helped the 3DS take off but can lightning strike twice.

Nintendo could try developing a new IP but an original game comes with risks which I’m not sure Nintendo will take and although strong third party support is instrumental for a successful console, it seems most developers are waiting for Nintendo to generate a larger install base. Until this happens, it seems the Wii U will remain in limbo.

To end this article on a more positive note, I truly believe the Wii U will see a resurgence, but what do you think it will take?

More than just an accessory: Enhanced-definition a must on Wii

Where would modern gaming be without the Nintendo 64? 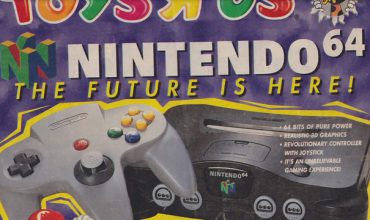