A report published from the Japanese publication The Nikkei states that Apple, not Nintendo, Sony, or even Microsoft, is officially the top consumer brand in all of Japan. This is the first time that Apple has claimed the top spot in the Land of the Rising Sun with a a score of 90.5 (out of 100) in terms of total brand power. Car manufacture Toyota came in second in a separate survey, yet neither Nintendo or Sony were ever mentioned as to where they ranked in the report.

As odd and slightly off-putting as that seems, does this published report further hint that Apple is slowly becoming more and more of an apparent threat to Japanese video game giants such as Nintendo and Sony? Personally, Apple succeeding in a market such as Japan is both an accomplishment and testament to the late Steve Jobs’ legacy. Devices like the iPhone and iPad continue to sell like hotcakes in various markets outside North America while the 3DS gathers steam, yet this survey conducted through 52,000 people says otherwise.

What do you all think of The Nikkei’s findings? I for one am not a firm believer that consoles or traditional handhelds will not go the way of the dodo, yet Apple is slowly but surely beginning to win the hearts of the Japanese. Discuss!

In case you somehow missed it… 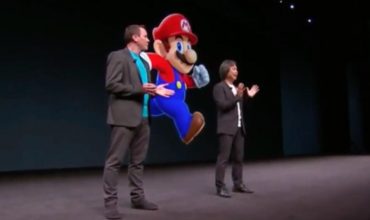