I just finished reading Super Mario by Jeff Ryan and I enjoyed it just as much as I enjoyed David Sheffs’ Game Over. A few years ago ( I’m currently 37) I realized that I more of a fan of Nintendo than I am of video games. With that said, are there any other non-fiction books about the big N that you could recommend?

As for Nintendo-only books, I’ve only read Game Over (highly recommended, it’s a 4.5 star book) and have Super Mario downloaded to my Kindle for later. There’s another one called Playing to Wiin (see what they did there?), but it only has slightly better than average reviews on Amazon.

Any other recommendations, Infendo Nation? 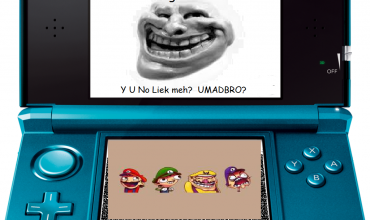 Nintendo, we have a problem