The short teaser for Zelda on the Wii U has the majority of E3 goers and all of social media talking when it was shown during Nintendo’s Digital Event this morning. What we know from the brief glimpse into the next-gen Zelda is two things: 1.) It will be open-world; and 2.) It looks beautiful in it’s early stages of development.

But, there might be another detail that could have Nintendo and Zelda fans alike scrambling for more answers: Was that really Link in the footage we saw? Link certainly looked different in terms of appearance with a lack of a green tunic or hat. So, maybe the iconic character is going for a new look with the series going into a new direction…?

While speaking with VentureBeat earlier today, famed Zelda producer Eiji Aonuma had this say about Link’s new garb: “No one explicitly said that that was Link.”

So, who is it exactly in the new Zelda trailer? Link, someone else, or is Aonuma just playing hard to get? Tell us in the comments below.

A Link to the Past: What the Legend of Zelda Series Has Left Behind 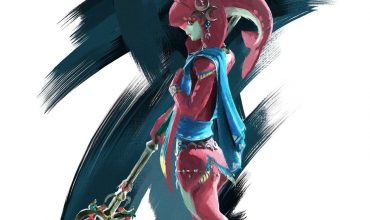