There’s been a lot of apocalyptic-sounding Nintendo doomsaying as of late around the net since the details of the 3DS launch were unleashed upon the world, resulting in angry fans venting online, plagues of locusts, gnashing of teeth, the opening of the seventh seal — the whole nine yards. The latest herald of Nintendo’s apparent self-inflicted Armageddon is MSNBC, which today detailed in an article grimly titled “5 Reasons Why Nintendo Is Doomed” how the big N have supposedly shot themselves in the foot with an overpriced 3D bullet. While I was as disappointed by the hefty $249 price tag as the next gal, I’m not about to bust out the “END OF THE WORLD” picket sign and start proclaiming the arrival of the anti-Mario. So I’d like to take this opportunity to suggest that we temper our rage momentarily as I respond to the author’s five points (in bold below) with some counterpoints of my own. Game over? Doubt it.
1. It’s too late
Too late? According to who, exactly? We’re not given any statistics or relevant examples from gaming history to justify this statement, so the author seems to imply with dire earnest that the PSP is on the verge of overtaking the DS and stomping all memories of the handheld into oblivion, just because. That’s remarkable, given that as of September 2010, the DS hardware (all versions) has sold 135.8 million units worldwide, compared to the PSP’s 51.6 million – nevermind the games themselves. Last I checked, this still qualifies as a classic sales beatdown. Sure, no good thing lasts forever, but it’s not supposed to. Nintendo is aware that the market is changing and that they can’t rest on their laurels; that’s why they continue to announce new consoles and handhelds. I find it increasingly disturbing how many armchair pundits out there are confusing the natural phasing out of an aging console with some sort of inevitable downward spiral and decline of Nintendo’s entire business. You mean to tell me the Wii and DS (which are still both resting comfortably in the top position of their respective console wars) weren’t going to be the #1 sellers every month for all eternity?! That there’s no such thing as a future-proof console? It’s the end times, everyone! Fire and brimstone! REPENT!

Any market analyst can tell you that timing can and will play a role in the initial success or failure of any game console offering, but is it really a make-or-break juncture that will determine whether the whole thing is a flop? Has there ever been a case in history where pundits and fans all collectively looked back and mused about how a failed console (such as the Dreamcast or Virtual Boy) would have performed infinitely better had it just been released a few months earlier? It’s pretty early to start playing taps when the 3DS hasn’t even launched yet. There are just too many more complex (and arguably more important) factors at play here that remain unknowns – launch software quality, manufacturer’s ability to keep up with demand, the potential success of Nintendo’s marketing campaign with hands-on 3DS stations, to name a few – to proclaim the 3DS a preemptive dud at this stage in the game.

2. No one cares about 3-D outside of the multiplex
Here, the author points out that 3D TVs have failed to catch on, and takes this to mean that any non-Avatar applications of 3D are doomed to failure. He has a point: maybe the American public isn’t ready to throw out their shiny HDTVs and break the bank for a bleeding edge 3D TV just yet. Luckily for Nintendo, the 3DS isn’t a 3D TV, and that’s why it has a shot. Maybe people aren’t interested in making 3D the centerpiece of their living room, but I fail to see how that translates into 3D being entirely unwelcome in the handheld realm. I don’t believe people don’t care about 3D. If there were a setting on my TV that would enable 3D, I’d turn it on right now. But the steep hardware prices and annoyance of wearing fragile, cumbersome glasses have kept 3D from becoming the latest “must have” fad the way a widescreen 1080p HDTV was a few years ago. If you can have a 3D experience in the palm of your hand for a fraction of the price of a new 3D television – and most importantly, without glasses – why not give it a chance? It’s just different and exciting enough that it could work. I imagine it’ll be many years until anything resembling a glasses-free TV experience goes mainstream, but the 3DS is a real product you’ll be able to get your hands on and put through its paces within a couple months.

3. Toddlers are out
Now the author is latching on to the much-touted “no one under 7 should play the 3DS” party line from Nintendo, stating that the 3DS could damage young children’s eyes. However, he completely fails to take note of the fact that this is more than likely little more than another case of an experienced company protecting itself from a highly litigious, blame-shifting society that sues fast food chains when they spill coffee into their own laps. Now it’s supposed to be a big scary health risk if a product has a health label? Every single video game I own has countless warnings in the manual, on the box, and in the system itself to stop me from somehow murdering myself in the course of their use. Here are just a few choice lines from one of my Wii game manuals: “Parents should watch their children play video games. Stop playing and consult a doctor if you or your child has any of the following symptoms: Convulsions, loss of awareness, eye or muscle twitching, involuntary movements, altered vision, disorientation”.Â  “Take a 10 to 15 minute break every hour, even if you don’t think you need it.” “If your hands, wrists, arms or eyes become tired or sore while playing or if you feel symptoms such as tingling, numbness, burning or stiffness, stop and rest for several hours before playing again.” “Playing video games can cause motion sickness in some players.” Wow. Convulsions! Altered vision! BURNING! These infernal video games are serious business and obviously pose a major health threat. Either that or it’s just Nintendo covering Mario’s portly plumber crack.

Oh, and clearly it doesn’t bear mentioning that the parental controls on the 3DS allow you to completely disable the 3D functionality if desired. Or that the majority of medical professionals and optometrists agree that playing the 3DS should not actually pose any significant health risk to children under the age of 7. Or that like it or not, plenty of parents don’t read game ratings, warning labels, or even know what they mean before buying new toys and games for their youngsters. But journalistic integrity probably isn’t too important to take into account before acting like you’re the Nostradamus of videogames.

4. The price is too high
Weighing in at $249, the 3DS is Nintendo’s most expensive handheld to date, to be sure. But what does he mean by “too high”? Too high to achieve DS-esque domination? Too high to be profitable at all? Too high to sell a single unit, thereby signaling the end of Nintendo’s participation in a market they practically invented? Let’s look at these worst case scenarios and assume they come true. Let’s pretend the 3DS is another GameCube – a profitable system that got last place in its generation and didn’t do much to help Nintendo’s brand. Did the GameCube spell the end of Nintendo? Clearly not. Hey, let’s take it further: imagine that the 3DS turns out to be Virtual Boy, the sequel: a complete flop that barely even gets off the ground before being laughed out of the room and quietly discontinued. Did even that experiment cause Nintendo to withdraw from the race and just give up the ghost? Not on your extra life. How about the competition? The PSP didn’t make anywhere near the dent in the market that the DS did, yet I don’t see Sony scrapping their plans for a PSP2. The Xbox was one of Microsoft’s most expensive investments in the future on record, making them not one red cent and, in fact, costing them a cool $4 billion just to get their foot in the door. Yet here they remain with the popular Xbox 360 and Xbox Live. It takes a lot to make a company just throw up the white flag and shuffle away in defeat, so you’ll have to forgive me if it sounds more than a little premature and sensational to go around trumpeting that in one fell swoop, coming off the heels of their most successful console and handheld generations in history, Nintendo has doomed themselves to go the way of Sega.

5. Apple owns Nintendo
The iOS devices have proved their worth over time as a viable presence in the handheld gaming realm (even if only by way of cheap, casual, bite-size gaming portions). But if you buy into Steve Jobs’ doublespeak about the iPod/iPhone being the most successful gaming handheld of all time, then you may not have taken the time to examine these claims and statistics spin-a-thon with a critical eye (hey, remember when Microsoft educated us about how the Kinect bundle was cheaper than a Wii? Hilarous!). Granted, the iOS platform is a force to be reckoned with, and should be taken seriously by Nintendo, Sony, and anyone else aiming for the lion’s share of the handheld gaming pie. But I just don’t see it as a direct competitor to the 3DS. The iPod and iPhone have been roaming in the wild for quite some time now, yet only the most diehard Apple fanboys would insist that they’ve actually managed to wrest away the crown from Nintendo. In any case, there’s no denying that the DS sales speak for themselves. The DS was not vanquished with the arrival of iOS gaming; to the contrary, it has thrived and steamrolled just about anything in its path. The 3DS is a different device but it carries quite the pedigree, and it’s aiming to capture a different demographic than the casual fans whose interest in gaming stops at a 99 cent (or just free) download to play Angry Birds at the bus stop for 3 minutes.

In short, I simply can’t agree that Nintendo isn’t raising the bar. In fact, I believe that introducing glasses-free 3D with the potential to create previously impossible gameplay experiences is the definition of raising the bar. It’ll take some time in the next few months before we get the answers to every last remaining question about the eShop, the launch titles, software transfer between systems, and every other facet of the 3DS, but we just can’t know for sure how important that universally despised $249 figure will be to Nintendo’s bottom line until March 27th comes. If MSNBC got one thing right, it’s in this statement: We can’t write Nintendo off entirely. 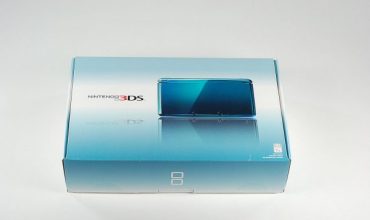