The Legend of Zelda is one of Nintendoâ€™s biggest franchises after Mario, and each of the games in the series have been given extra special attention because of it (if you donâ€™t count the CD-i titles, because really, who does?). This means that when a new Zelda title is released, gamers pay extra special attention to it. Nintendo knows this. As such, series producer Eiji Aonuma has gone on record in saying that when an original Zelda is released for the 3DS, he expects the title to do something â€œvery interesting.â€

It turns out that Nintendo has indeed been brainstorming about how they plan on bring their little green hero to the 3DS, but details on exactly what kind of storm is happening at Nintendo HQ are scarce.While the information Aonuma gives about the title are very vauge, in fact he never even confirms that the company has officially started work on the title, at least Nintendo is thinking of the best ways to utilize the unique features of the 3DS to best suit a new Zelda title. Aonuma goes on to state that when the new title finally does come to Nintendoâ€™s handheld, “It will be a game in which having 3D will mean something.”

What this means, I have no idea, but I have a feeling that it means my hopes of another top-down Zelda adventure in the vain of A Link to the Past are all but lost.

In other Zelda news, Aonuma talks about how excited he is to finally bring Zelda to the HD era with the Wii U. Although the tech demo at the Nintendo booth was rather impressive, Aonuma stresses that it was just that, a tech demo. The visuals of the demo were stunning to say the least, but as it was non-playable and really nothing more than an interactive cut-scene, it is going to be very interesting to see what Nintendo has up their sleeve for the yet unannounced Zelda Wii U title.

“The demo that we showed at E3 was really just more of a rough idea of if all we were to do was to take a Zelda game and put it in HD, this is what it might look like. Weâ€™re much more interested in looking at the power of the Wii U system Â and seeing how we can take advantage of that power to do things that we havenâ€™t been able to do in a Zelda game before…. One of our goals with [Skyward Sword] is to be the first step in illustrating for people how the Zelda series can change and evolve.”

As the release of Skyward Sword in a little more than two months away, I donâ€™t expect to hear anymore about any other Zelda title until the launch of the Wii title. Stay tuned for more info as it happens, and be ready to explore Hyrule once again when Skyward Sword releases this November.

A look at X, the new RPG from Monolith Soft 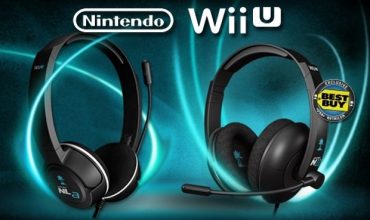