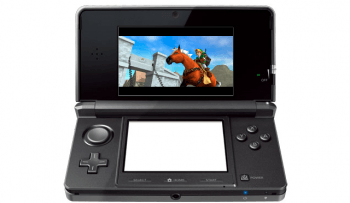 When I’m wrong, I admit it, and I’m eating crow today after seeing the Japanese launch price for the 3DS. Nearly $300, after conversion from yen to U.S. dollar? Cripes!

Now, the West rarely pays a 1:1 equivalent when it comes to how things are first priced in Japan before they come here (same for Europe with VAT, and all that), but still…I’m having trouble seeing how this 3D portable migrates much further than $250 when it hits these United States.

Seriously, the first thing I thought of when I saw the price this morning was “gee, that sounds an awful lot like something Sony would do.” Meaning, one of the big reasons why Sony’s stuff didn’t do that well this time around was high price coupled with cutting edge tech. Most people simply did not see a need, nor could they afford, what Sony was peddling—this goes for the PS3 as well as the PSP.

I sincerely hope that Nintendo has not let the insane profits of the past five years go to their head, a la Sony. The Wii is great, and the DS platform has no equal, but that doesn’t give a company—Nintendo or otherwise—license to start telling the customer what they want and what a “fair price” or “incredible value” will be. That’s Microsoft talk. Hell, the specs aside, the 3DS form factor doesn’t exactly scream “tear me off the shelf.”

Don’t do it, Nintendo. Prove me wrong.

One of DSâ€™s most beloved franchises just hit iPhone. Can Nintendo recapture the casual gaming market? Should they even try?

What games will 3DS launch with?