I smile anytime Disney and Nintendo do business together, mainly because Iâ€™d still love to see a Mario themed land at a Disney park someday. Todayâ€™s reality is a lot more basic, but itâ€™s nice to see Disney finally contribute to WiiWare with a solid port of Jellycar 2.

For the second week in a row, weâ€™re offered a $5 port of a $1 iPhone game. While both conversions are solid additions to WiiWare, Jellycar 2 has the added bonus of a better control scheme on Wii: the game is perfectly suited for the Wiimoteâ€™s button layout and tilt control. Combining simple graphics with believable physics and a ton of challenging, open-ended gameplay, Jellycar 2 is part platformer, part time-trial racer and part puzzle game. Imagine a cross between Uniracers, Fluidity and the off-road courses of Kirbyâ€™s Epic Yarn.

In the main game, you simply try to get your squishy, super-powered Jellycar to the goal flag as quickly as possible, figuring out the best way to flip, bounce, inflate and somersault your way past a succession of obstacles, cliffs, moving platforms and branching routes. Thereâ€™s a whimsical, lighthearted joy to this central mode, but donâ€™t let its innocent appearance fool you into thinking itâ€™s easy: the notebook-doodle graphic style serves up consistently challenging gameplay.

Bonus modes include a unique twist on the long-jump concept and an assembly-line sorting game. A few engaging multiplayer modes and a perfectly executed level editor round out the offerings.

One warning: Jellycar 2 contains some of the most annoying sound effects in the history of gaming. Theyâ€™re basically a guy making â€œbwoinnggâ€ and â€œbwoooopâ€ noises as if he were doodling the action himself in real time. Having a person simulate actual sound effects suits the theme and atmosphere, but you might want to head for the sound mixing option within the first minute of play. The music is light-hearted and effective.

Jellycar 2 certainly wonâ€™t bowl you over with amazing visuals, but it offers a lot of challenge and entertainment. If youâ€™re looking for a game to add to your home menu that provides a lot of variety and replay for quick five-minute sessions, check this one out. 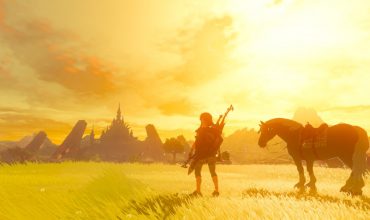 An Infendo movie review: Professor Layton and the Eternal Diva

Kid Icarus: Uprising review: Is it bad if the boxart is my favorite part of the game?