Every year around Christmas time, I boot up one of my many consoles capable of playing Ocarina of Time and give the game whirl. It has been a tradition ever since the games release in 1998. For me, there is nothing more satisfying that curling up with a blanket and walking into Zora’s Domain….especially after Ganondorf freezes over the land of the Zora’s.

For me, there are so many games outside of OoT that give me an extreme sense of nostalgia. What are some of your favorites? Find out mine below.


The Legend of Zelda: Ocarina of Time

Still considered by many to be the best game of all time, OoT was completely revolutionary for its time. One of the reasons why I get such a kick out of going back to the game is the extreme sense of remembrance in certain areas of the game. I remember staying home ‘sick’ from school and finally beating the Shadow Temple. I remember yanking the controller from my friend as after he died after an attempt to defeat Twinrova, just knowing that this time I would not fail.

Over the years, Ocarina of Time has been with me through one serious relationship, seven different residences, five pets, three presidents. Even though the almost 15 years has passed since the game was released on the N64, I still get chills every time I hear the eerie sounds of the ocarina on the title menu.

Anytime I meet a person who has even heard of Illusion of Gaia, it is hard for me to not give them a big kiss on the lips. Illusion of Gaia has long been my answer whenever someone asks me what my favorite game of all time is, and for good reason.

Developed by Quintet and published by Enix, Illusion of Gaia was the first game I had ever played that I really cared about the characters and their stories. Would Kara and Will fall in love? What happened to Seth after he was swallowed by Riverson? Would Will ever find out what happened to his father?

I go back and play Illusion of Gaia from time to time, and the game still hold up remarkably well. If you’re able to find yourself a copy of the game, buy it. Without hesitation. Perhaps you won’t have the same sense of nostalgia I feel for the game, but you will certainly have an enjoyable experience. And that’s an Infendo guarantee.

The Legend of Zelda: A Link to the Past

It should be no secret that I am a huge Zelda fan, what with two of my three most nostalgic games being from that franchise. There is just something about the magic Miyamoto brought to the series in the early days of the franchise that’s so compelling.

There really isn’t much narrative involved in the game, all of that is left up to the imagination of the player to great effect. Upon entering the Dark World for the first time, there was such a sense of dread and despair that there was no choice but to fight on for the sake of Hyrule. Finally figuring out the blasted Ice Palace after running around in circles for hours on end brought me a sense of accomplishment unlike else at the time. 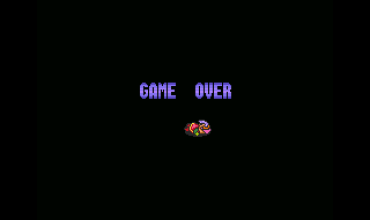