I know that I have not posted here in a while.  However, I saw this advertisement today and thought it would be a great discussion topic.

Branding is an important aspect of any company.  When we see golden Arches, we can almost taste the fries that are fried within the establishment without stepping inside.  Nintendo’s logo once had that same appeal to a majority of the gamers out there.  Sure, there were a few game flops, but when you saw the Nintendo logo and the Nintendo seal of  approval, you knew that you had something special.  At the time, the main competitors were Sega and a few other consoles that never quite caught on as well.  Sega had some great games, but the quality in many aspects was inferior overall.  They seemed to take the quantity over quality approach as they released game after game, while Nintendo did a better job at vetting those games.

In today’s gaming world, we are not restricted to the big 3 consoles (I am lumping this in just Nintendo, Sony, and Microsoft rather than their individual consoles).  We also have tablet and phone gaming, PC gaming, Internet gaming (Ie: Zynga, etc.), devices such as the Ouya,emulators,  In a sense, the market is saturated.  Saturation may give us options, but it is not good for the industry.  Competition becomes split and thin.  Not to mention that the developers are releasing the same games on multi platforms, leaving us with no real reason to purchase another console.  When Final Fantasy and Phantasy Star first came out, I loved both games.  I only had a Nintendo at the time, but soon bought a used Master System and a Sega Genesis so I could play both franchises.  Now, if I want to play Final Fantasy XIII, I can play on my Xbox or Playstation.  Sure, there are some differences, but they are minute overall.

So, my question for the weekend is:

What can Nintendo do to bring uniqueness back to their company that the others aren’t doing now?  We can no longer use the GamePad as an example, since it is easily copied via a surface device for Microsoft and the Vita for Sony.  It is no longer unique.  Do we need another idea like R.O.B.?  Do they need to refocus their marketing to garner to a different crowd?  What if they created a game or two from their own IPs and released them on Sony and Microsoft platforms as a tease to what they offer (for example, allowing Star Tropics on PSN and Live, then releasing a new installment exclusively for the Wii U)?  No idea is off limits here, there is not right or wrong.

While we are at it, were any of us really as cool as the kid in the advertisement? 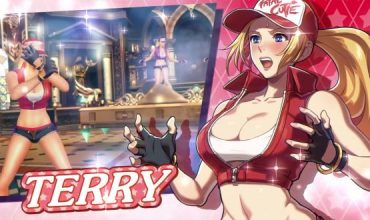