Looking back on Nintendo systems, it’s easy to see why the NES, GameBoy, DS, and Wii were such successes. The NES had Super Mario Bros. GameBoy had Tetris. DS had Nintendodogs. Wii had Wii Sports. In other words, they all had must-have launch games. But to get theses games, you had to buy the hardware.

Conversely, it’s easy to see why the GameCube never really took off, despite its potential. The reason: it launched with Luigi’s Mansion. A fun little Mario knock-off, yes, but hardly a system-seller. (NOTE: SNES and GBAâ€”although extremely successfullyâ€”were more brand extensions of popular systems, so they were an easy buy for people already in love with NES and GameBoy.)

Of all Nintendo hardware, though, there is one notable anomaly. Why didn’t the N64 enjoy massive success?

After all, it launched with Mario 64, which pioneered 3D games. The console introduced a new input device: the analog stick, something the competition soon copied. And yet the N64 only achieved 33 million unit sales when it was all said and doneâ€”A far cry from the 100+ million PlayStations sold.

The most popular explanation for underwhelming N64 sales is that Nintendo failed to court more developers, while Sony readily embraced them on the PlayStation. N64, therefore, couldn’t compete and didn’t do so hot commercially.

But in the case of NES, GameBoy, DS, and Wii, killer-app games gave way to massive hardware sales, which gave why to more developers wanting to reach those new hardware owners. Why, then, didn’t the N64 experience an identical path towards success?

Because Mario 64 isn’t a killer app. Phenomenal game? Yes. Influential? Definitely. One of the highest-rated games of all time? You bet. But seeing Mario 64 for the first time doesn’t instill the same “I have to have this game” impulse that Super Mario Bros, Tetris, Nintendogs, or Wii Sports does. At least not for most people.

Put differently, would Wii have been the must-have console that it is had it launched with Super Mario Galaxy? I doubt it. Even though Galaxy is one of my favorite Wii games, I would be lying if I said it wasn’t a direct sequel (i.e. Mario 64 in new clothes). I would be lying if I said it made me want to fight for a controller (and defend it once in my possession) like Wii Sports did the first time I saw and played it.

Similarly, who knows how much more successful both SNES and GBA might have been had they launched with truly original games, instead of updated versions of familiar ones (i.e. Super Mario World and Super Mario Advance respectively)?

Which brings me to the oft discussed Wii successor. Sure, Nintendo could release Wii HD and bundle it with an updated version of Wii Sports, Mario, or Zelda. Maybe they will. Like the SNES, and GBA, the thing would appease fans and sell millions, if not only by its association with the Wii brand name, beloved by millions.

Nintendo’s recent comments, however, suggest they won’t release a new console until they find that “special” hardware sauce, in addition to planned high-definition graphics and motion controls, which are now standard. Looking at the past, perhaps Nintendo is going for back-to-back phenoms, not just back-to-back commercial successes. Not just the NES to SNES connection or PS1 to PS2 combo, but something larger.

A tag team the gaming world has never seen.

Super Mario Galaxy 2 isn’t as awesome as an all-new Mario, but it’s still an awesome game 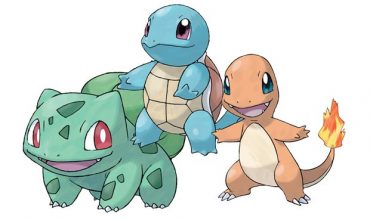 Poll: How much do you like Nintendo today compared to their past?