Happy holidays, everyone! What a jolly season itâ€™s turned out to be for a certain little handheld that got off to a rocky start, but finally found its stride. I hope Nintendo keeps the momentum rolling in 2012, butâ€”for nowâ€”fans can find plenty of quality gaming exclusive to 3DS. The last few weeks alone saw a new Mario, a new Mario Kart and two amazing eShop games that beat the pants off most mobile phone titles.

So, in reverse order, these are my 10 personal favorites from the 3DSâ€™s first go-round:

10. Nintendogs + cats â€“ Itâ€™s not just a pet sim, itâ€™s Shigeru Miyamotoâ€™s pet simâ€”and that makes all the difference in the world. The cats are just high-maintenance accessories, but worthwhile for their tendency to stalk and pounce on the pups. The Mii town adds whimsy, and the ongoing spotpass invasion of historic U.S. Presidents is awesomely weird. In fact, between Richard Nixon showing up and the ability to shoot AR photos of your virtual dog sitting on your real dogâ€™s head…this may be the most surreal piece of software on earth.

9. Pilotwings Resort â€“ Beautiful, relaxing and challenging. Wuhu Island looks a little lonely without the Miis visible on the ground as they are in Wii Sports Resortâ€™s flight games, but this was a solid launch title.

8. Street Fighter IV â€“ Yes, the top 10â€™s bottom three are all launch titles, and you will notice a definite correlation between release date and place on the list…things really did get better as the year progressed! But back to this great launch game: SF4 is feature-packed and dazzling. The 3D brings the distinctive Capcom cartoon style to life as if youâ€™ve stepped inside an old Viewmaster reel. A must-have for Street Fighter fans and a great pick-up-and-play challenge for everyone else.

7. Face Raiders â€“ You donâ€™t even have to pay for this one! Face Raiders is hilarious. If youâ€™re just shooting those tennis balls at your own face, you havenâ€™t discovered this gameâ€™s true comic potential; go Google up some annoying celebrity mugs and discover how funny FR can get.

6. Pushmo â€“ The first of two eShop originals on this list. Itâ€™s an addictive, charming puzzle-platformer that asks you to push and pull blocks to create a rescue pathâ€”a simple premise that challenges your logic skills in unique, brain-twisting ways. 250 levels plus an editor for designing your own puzzles for $6.99. A year ago, this could have been a $25 cartridge releaseâ€”and worth every penny. Highly recommended.

5. The Legend of Zelda: The Ocarina of Time â€“ One of the all-time greats gets a wonderful visual overhaul for fans and newcomers alike. Itâ€™s great to see the characters finally looking as good as the production art. The Master Quest with ramped-up difficulty and remixed dungeons is the icing on the cake.

4. Starfox 64 3D â€“ Kind of sad, isnâ€™t it, that the best Starfox game since Starfox 64 is…Starfox 64 3D? Packed with thrills, humor and variety, this is still gamingâ€™s best space shooter. Peppy Hare wants me to mention something about kegs and pastries, but instead Iâ€™ll just say this gameâ€™s frantic, surprise-filled pacing has aged incredibly well.

3. FreakyForms â€“ Yeah, I know I look like a complete weirdo for placing this quirky eShop title over Ocarina and Starfox, but this is an original, ingenious, full-featured explosion of fun that isâ€”guaranteedâ€”unlike anything youâ€™ve ever played before. Part Animal Crossing and part Muppet workshop, itâ€™s amazing, funny and endearing. Itâ€™s only $6.99. Like to draw and create? Buy it. Trust me. For everyone else…consider this the Wii Music of 3DS and move it to a lower slot on this list (but itâ€™s definitely a top 10).

2. Super Mario 3D Land â€“ I love this game. I love the level designs, the humor, the charming between-world vignettes, the dizzying 3D drops, and the awesome, awesome Bowser battles. Fans of the Galaxy Games will probably enjoy it more than fans of classic 2D Mario, butâ€”on the wholeâ€”Nintendo did an excellent job of combining the two styles. I actually whooped with joy when the Galaxy 2 Lava Hippos showed up. Itâ€™s a brilliant, wonderful game that would have easily topped my list if not for the other Mario game that arrived a few weeks later…

1. Mario Kart 7 â€“ Nintendoâ€™s taken the addictive online play of Mario Kart Wii, improved it and made it portable. MK7 plays perfectly while offering a great roster of challenging tracks both old and new. The coin-collecting works hand-in-hand with the kart-customizing feature to add incentive to the Grand Prix mode, which in turn improves your skills for the online races. Custom online communities, spotpass races against 7 ghosts at a time, and surprisingly great (optional) first-person gyro controls add to the chaotic fun. The omission of offline single races is odd, but the online play more than makes up for it. If I wake up at three in the morning and canâ€™t get back to sleep, I can pick up my 3DS and race players in Japan. Mario Kart 7 is my pick for 3DS Game of the Year.

These games certainly make 3DS worth purchasing…and if you bought one before August 12th, you can add Minish Cap, Yoshiâ€™s Island, Super Mario Brothers, Warioware and a bunch more to that list! My once-game-starved 3DS is suddenly bursting at the seams with great software!

How about you? Do you feel 3DS has finally reached the â€œworth-itâ€ stage? Whatâ€™s your top ten?

10 things Nintendo needs to get right on their next console 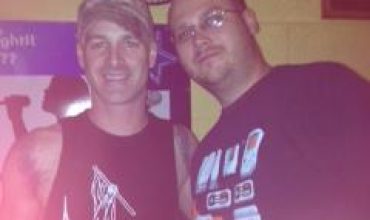