Shin Megami Tensai: Devil Survivor for the Nintendo DS is a jump into the long line of Shin Megami Tensai games. The series has always dealt with various degrees of biblical ideology; usually involving angels or demons tempting man. Devil Survivor does all that while bringing in a whole new strain on humans, the desire to survive during a catastrophe and what it means to be good or evil.

Devil Survivor starts off with a biblical other worldly narrative, telling you say your name if you wish to face your destiny. Your destiny being about bringing a close to the mysterious events surrounding Tokyo. Especially after you receive these hand held gaming devices that can predict the future from your deviously looking cousin. While investigating these hand held known as ‘Communication Players’, Comps for short, you find out that they can summon demons. Quickly learning that a majority of the mysteries in Tokyo have to do with these demons. Naturally the main character and his friends have some doubt about if they should be fighting demons and if they should try to stop the predictions the Comps render. However, that is quickly decided for them as they get trapped in the city due to a catastrophe, and have to figure out what to do in seven days.

As the days progress you are given choices about what to do and where to go in Tokyo. A majority of places involve well know areas such as Shinjuku, Aoyama, Shibuya and many more. Each time you visit a place with a story event, meaning if you meet with a character or battle demons, you spend 30 minutes of your day at that place. Which makes time management a priority. Since you can’t possibly do every event on your screen, meaning that new story arcs open and close depending on what you do.

The main character is also almost a silent protagonist but you are given choices about what to say. These choices effect how the game progresses, and how other characters relate to you in the game. Depending on how you lead your friends characters will either join or leave your team depending on what you do.

Yet besides the story arcs the most important aspect of the game is the battles. The battle system is a fantastic mix of tradition RPG and Tactics elements. You control four Characters each consisting of a team of three.Â  While on the battle map, you move the characters around like you would in any tactical RPG, but when you attack you switch to a stat based command situation for one round. Each encounter with an enemy on the map usually lasts one or two rounds depending on how you have your characters customized.

Customization is very important in this Devil Survivor as you can only have three spots for attack commands and spells, and only one character can equip those commands and spells. Making it important that you have your demons customized to have the attacks another person has.

Getting attacks and spells on demons is very different from how you customize your characters, as you need to fuse other demons together. So if Demon a knows a fire attack and Demon b knows a healing attack, if you fuse them together you would get a demon that that has both those skills. This is a really integral part of the game that you’ll spend a lot of time planning when you aren’t battling or progressing the story.

Overall I spent a very long time with this game customizing my characters and fusing and making new demons. Devil Survivor has a deep twisting story that leaves you wanting to know more especially after you beat the game. As a majority of the questions aren’t answered on one play through, and since the game features a New Game+ feature you’ll be breezing through some of the replays. This is a game I would suggest anyone have in their DS library, as there is tons of fun to have.

Review based on retail copy of the game provided by the publisher. 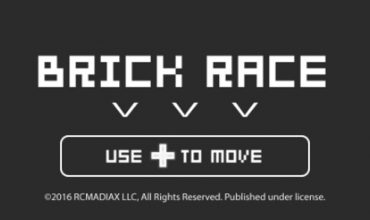