Thinking back to when I preordered my Switch, I remember thinking how cool it was that the Switch was ready for two people to play right out of the box. We don’t generally have people over to play games with us, so I figured I would be okay with just the Joy-Con that come in the box. Boy, was I wrong.

When Mario Kart 8 Deluxe came out, I began to look into other controllers for my system. The first thing I bought was a Switch Pro Controller. I love that controller. We then found ourselves in need of a third full controller. So I began to look into other options. Right around this time, the 2.0 Switch System Update came out, and with this update, came the ability to use certain Bluetooth accessories on the Switch. Not long after that, the makers of the 8Bitdo controllers announced that their line of controllers would be compatible with the Switch. The only catch you ask? You need to update the firmware of the controller using your PC.

I consider myself a semi tech-savvy person. So I figured $43.99 on Amazon with Prime shipping? Why not! It’s half the price of a regular Pro Controller, has 2 joysticks, and all the buttons needed to mimic any Switch controller on the market. If you want to go with Switch controllers, there are various options available online where you can also utilize coupon codes offered by OZCodes to save a couple of bucks. So, I ordered it. It came the next day, and I eagerly opened it. The packaging was very nice. It reminded me of the packaging from the Nintendo Entertainment System inspired 3DS XL with its fan service to the NES system. The other thing I like about the packaging was that it is layered like iPhone packaging. You have a tray you pull out that the controller sits in. Below that is a tray with the instructions. Below that is a final tray with a keychain and a charging cable. Very well put together.

The instructions on the other hand, were not good. They basically said: Do this to turn it on. Do this to charge. This is what the lights mean. Still need help? Go to the website. And when you go to the website, it takes you 3 or 4 clicks to get to the support page for the controller. Once there, it gives you 3 options for controller firmware. One for the new one, one for Legacy mode, and one for the original firmware. No descriptions at all. So I downloaded the top one. I unzipped the folder, and there was a readme, a .dat file, and a folder of other files. For those of you that do not know, a readme is your instructions of how to run this program, and from reading these instructions, you could tell they were just popped into Google Translate because of how broken the English was. After 45 minutes, I finally had my controller updated.

Then, to complicate matters worse, I had to go back to the website to download the 4.0 instruction manual. The new manual is not much better than the paper one that ships with it. I did like how they made it so you can use the controller in 4 different modes. Switch (which is the default), Windows, macOS, and Android.

Once I finally got it paired to my Switch, I joined the Infendo Crew in a not-so-friendly match of Puyo Puyo Tetris. The controller felt great. The buttons were clicky, I had a nice big D-pad to use. Everything seemed really good. Thus far, my only complaint was the fact I would not be able to turn my system on with the controller. No big deal.

I tried it with Shovel Knight next. One thing I noticed is that the controller seemed to not be responsive enough for a precision platformer like Shovel Knight. I found this strange, because I had heard the NES Classic Edition controller worked so well on Wii U for it. So then I played the opening level of Shantae: Half-Genie Hero. I thought it felt much better on that game overall.

The next thing I tried it on was Minecraft. Part of the reason I wanted to see it in this game was because I wanted to see if my wife could use the Joy-Con and I could use the 8Bitdo and play together. The first thing I noticed was that the two sets of L and R buttons were strangely placed for that game with the 8Bitdo controller. The second thing I noticed was that the joysticks are not responsive enough for a fully 3D game like that.

Mario Kart 8 Deluxe was next on my list. I found Mario Kart to work well for the most part. Holding items behind you was not very comfortable with the positioning of the L and R buttons, and it was more comfortable to play with the D-pad than the joysticks. Overall, it worked decently.

All-in-all, I am happy with my purchase. The controller works great on puzzle games, and I am confident that it will work well with NES Virtual Console games if they release on the Switch. It does not work for modern games as well, as they are designed around modern controllers. There are exceptions to this rule, of course. It is the perfect size to take on a trip, and even (some models) come with a complimentary carrying case. So, after careful consideration, I would give this controller a 3.5 rating.

For years, I have played classic games on my Mac using a multi-console emulator called OpenEmu. Playing with a keyboard just doesn’t cut it, and I went through several varieties of USB joypads along the way. I had be deliberating over an 8Bitdo controller for quite a while, but I always preferred the reliability of wired over Bluetooth. When I heard about the 8Bitdo Pro controllers’ compatibility with Switch, that got my attention — but I don’t have a Switch, so that really didn’t matter much. When I found out they also work on Wii, Wii U, and iPhone, that clinched it.

I opted for the FC30 Pro. There is zero functional difference between this and Steve’s NES30 Pro. It’s even priced the same. The only difference is aesthetic. While the NES30 Pro is designed to resemble the western market’s Nintendo Entertainment System controller, the FC30 Pro uses colors and textures that harken to the Japanese Famicom, with a gold-colored brushed steel faceplate on a maroon shell with black buttons.

Upon arrival, the first thing I did (after deciphering the confusing “engrish” instructions) was pair it with my Mac via Bluetooth. This was actually pretty quick and painless, and after some button configuring, I was playing my old NES, Super NES, Genesis, Game Boy, and even N64 and PlayStation games without a problem (although the button layout is poorly suited for Sega games). The joysticks take a little getting used to, and they’re a little harder to click than I’d like, but they work well enough. I tried pairing with my iPhone, which was a hassle to say the least, and after booting up several games it should have been compatible with, I found that either the FC30 Pro was not, or I had done something wrong. After way too much time, I finally gave up. Re-pairing it to my Mac was just as difficult.

Following a complicated process of downloading and installing the necessary additional firmware (see Steve’s experience above), I took my new controller and its instructions into my living room and paired it with my Wii U. Believe it or not, this was much easier than the iPhone, and a little harder than my Mac (the first time). Once I was in control, I tried pressing the X button to switch the menu screen to the TV and… nothing. I pressed a few more buttons and fiddled with the D-pad and joysticks and finally figured out the problem. The FC30 Pro does not register to the Wii U as a Wii U Pro Controller, but as a Wii Remote. Turning the controller vertically with the D-pad on top, I could navigate the menu, and pressing Y and B functioned as 1 and 2, with Select and Start being – and +, respectively.

I was going to start out with Mario Kart 8, like Steve did, but with no analog controls that would be pointless, so I found some games that could be played with the Wii Remote sideways, starting with Super Mario Maker. It worked perfectly navigating the menus screens, and I booted up a few levels, both my own and from others. Even on the most challenging stage I’ve ever made, it responded flawlessly… most of the time. Something I discovered playing Mario Maker that carried over into other games on the Wii U was that occasionally a button hold would only register as a tap, and Mario would either stop sprinting or not jump as far I wanted him to. Once or twice, this led to death.

I gave Super Mario 3D World a whirl (just the first level), then started playing Virtual Console games — only NES, of course. Starting with Donkey Kong, I played through a full cycle with only occasional issues. I also tried Kirby’s Adventure and Ice Hockey before really putting it to the test with Punch-Out!! I got all the way through the first title bout without a hitch. I then tried to play the Punch-Out!! remake in Wii mode, but I ran into a problem: menu navigation required the IR pointer. I could have tried it on New Super Mario Bros. Wii, but by that point I had pretty consistent results across all other games and decided to call it quits.

Finally, I briefly booted up Doshin the Giant on the Dolphin GameCube emulator. That was the only game I tried it with, and I only played for about five minutes at the most, but it worked just fine.

As for presentation, as you can see, the packaging looks nothing like the NES30 Pro box. The FC30 Pro’s colors and typeface are designed to look like the Famicom box from Japan. Like Steve, I also got a keychain. Unlike Steve, I did not get a carrying case, for some reason.

As a Bluetooth controller for my Mac, it works perfectly, and I’m sure that I will get a lot of use out of it. If I can get it to work with my iPhone, I’m sure I will get even more use out of it, but for now, it is useless. It cannot substitute for a Wii U Pro Controller, which is disppointing; and as a Wii/Wii U digital joypad, it does nothing my Wii Remote, Wii Classic Controller, or Wii Classic Controller Pro can’t do better.

For my own personal use, I would give this controller a 4.5 out of 5. It connects to my computer without a problem most of the time, it’s comfortable and convenient, and it responds very well. Unfortunately, everything else I tried it with brought me nothing but frustration and hit-or-miss results. All things considered, I have to second Steve’s 3.5 rating.

All-in-all, I am happy with my purchase. The controller works great on puzzle games, and I am confident that it will work well with NES Virtual Console games if they release on the Switch. It does not work for modern games as well, as they are designed around modern controllers. There are exceptions to this rule, of course. It is the perfect size to take on a trip, and even (some models) come with a complimentary carrying case.
3.5 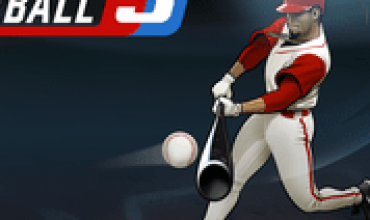