I love portable gaming. So I play video games everywhere I can, including while at work. What follows are my thoughts for FEB/5/2018-FEB/9/2018 while playing Retro City Rampage DX during My Lunch in Gaming.

The music is awesome. Very retro. I am having some slight Deja vu like I did when I first played Shovel Knight. This game so far has doing excellent job at feeling like a lost SNES game that I never got to play as a kid.

Retro City Rampage DX seems to take every advantage to reference, well, anything. I am still very early in the game and I have already had a Duck Hunt, Mortal Kombat II, and a Mario Bros. references (all excellent).

Retro City Rampage DX’s introduction to gameplay mechanics moves a little fast early on. What I mean is a lot is introduced to you very quickly. You are tasked with helping rob a bank. In getting to the bank you learn how to drive, shoot, run, jump, etc., all in rapid succession. It is a little bit much to learn with the first real thing to do in the game. Epically when trying to also get a grip on how each activity controls too.

As the bank heist starts to go bad and you try to make your escape the story starts to get crazy. This is how Retro City Rampage DX separates itself from just being another Grand Theft Auto clone. Time travelers show up in a phone booth. Of course you take the phone booth from them and flee the scene. When you reappear you are joined by another time traveler, Doc Choc, and his time machine: a car. The phone booth is strapped to the car and you are taken to Doc Choc’s hideout. You come to learn that the phone booth time machine is broken and it is up to you to find replacement parts so it can be fixed. Time to head back out into the city.

Back to the Future part 2

Time for my first mission. It’s off to Major Lee’s shop for the first replacement part for the phone booth: the Flax Combobulator. But Major Lee does not think that I can get it and he gives you some more training. The training is a nice recap of what the learned during the failed bank robbery. You go through training on how to shoot guns, jump over cars, and how to stomp on enemies.

I really suck at driving in this game.

I walked outside of Doc Choc’s and get hit in the head with a newspaper. So I read it and find out that there are jobs available in the city. The Player, as your character is known, states how this town is the land of opportunity. That statement is met with a reply from a narrator(?). I am told that I can choose to follow the main story or I can complete optional side quests. I choose to do neither and walk around the city to check things out. I find a Loot Bag (1 of 32). I don’t know what this dose but now I have one. In fact there are a bunch of stats to check out. Stages Complete, Slaughter Sprees complete, Power-Ups Discovered, etc. to name a few.

I find and complete a couple challenges (I scored a Bronze medal on both). Both challenges had me try and get a high score for killing people and taking their dropped money. Good times.

I went into a hat store and now I have a robot head for $500. And it updated Player’s look in the game too. I love it when armor, gear, etc. changes the look of your avatar in-game and does not just take up a spot in your inventory. But how do I change it back.…

I stole a police motorcycle and then crashed it into the ocean when they gave chase. You can’t swim in this game. Or at least you can’t swim while driving a motorcycle. I have died 4 times so far. Thanks for keeping track of that for me Retro City Rampage DX.

Now it’s time for a quick side mission at Milky’s Bar. First task is to play bouncer and fight some dude I just kicked out in the street. As soon as I am done with him I steal the Teenage Mutant Ninja Turtles van (not part of the mission but how could I not steal it?). Then back inside the bar to see what was next for the mission. I must take ultimately take Milky himself to La Costabuncha Resort so he can propose to his girlfriend. But Milky needs more than a ring for his ‘high maintenance’ girlfriend. He says he needs me to pick up some art from a nearby Art Gallery. That is owned by the mob. Good thing have that Ninja Turtle van.

Mission accomplished. I killed some dudes and stole some expensive art. And Milky was very thankful. No I can drink free milk at Milky’s whenever I want. Except it is rotten milk and now everything is all wobbly (similar to Yoshi’s Island Touch Fuzzy Get Dizzy level).

This game is like Grand Theft Auto in so many good ways. I just found out I can change the radio channel in my van. And every channel is excellent chiptune.

Second side mission: time to rob a Laundromat. And….. done. That was not too difficult. You just had to kill the Laundromat owner and smash all of the laundry machines and take the money. I then found a Slaughter Spree around the corner and got a bronze medal. But now I don’t know where my Ninja Turtle van went. Good thing the A-Team van drove by. Time to get some new wheels.

Okay now another Slaughter Spree. This time I need to destroy as much as possible with a bazooka. That was fun. And I got a Silver medal to show for it.

So I ran over a bunch of people so the cops would chase me. I have seen these circle icons when walking around the city and they are a cop cloke. So I wanted to check it out how it works. So the cops are chasing me and I drive over the icon and I now have 5 seconds to make my escape because the cops can’t ‘see me’. This is a nice feature when you don’t want to deal with the cops when they are chasing you.

Now with a few side missions and Slaughter Sprees completed I am going to check out the main story mission. See what Doc Choc’s is up too… and he is asleep. Okay. Time to leave. Wait! A car time machine has just appeared outside of Doc Choc’s and the driver is… me? From the future? Not with my robot head I bought earlier? What is going on? And another excellent Bill & Ted reference.

I find out that I am here from the future to let me from the present drive the completed updated time machine vehicle because future me could not let present me wait for the whole game to drive it. How nice of me. But I need to charge the battery. And the only way is to run over people at full speed. With the batter fully restored it is back to Doc Choc’s hideout where future me leaves present me without the recharged time machine. But somehow I now have a guitar.

Time now for another story mission. Doc Choc has lost his time machine car (the one that future me was just driving?). Doc gives me some cash to go buy a bicycle so I can find out who took his car. I head over to Bugeye Louie’s bike shop to get one. Bugeye looks a lot like the trainer from Punch Out!! but with better hair. He offers me a bike if I deliver some mail (porn magazines) for him. After delivering all the mail to the clients, in a Paperboy-like mini game, it is time to head back to Doc Choc to find more missing parts.

I decide instead to walk around the city some more to see what I else can find. There is a whole bunch of things to find/unlock in this game. I found another Loot Bag so that’s sweet. I also found a Good Time by looking at a payphone. Oh wait, there is another payphone and another Good Time. Nice! And there is a subway in the town too. It takes you to a small island with even more hidden goodies to find. Okay, time to take the subway back to town. And I just totally found the Ghostbuster’s firehouse. You can even go inside it!

I start Second-Rate Spree: Fire Breathing Agony. I have to use a flamethrower to cause mayhem in the time allowed. I destroy enough to get awarded a silver medal. Time to head back to Doc Choc’s. But first I need some health. I find a vending machine (and 2 Loot Bags and a Good Time too) before pissing off the cops and having to run into Doc Choc’s so they will get off my tail. Doc Choc has been robbed! Again! He sends me off to the harbor to take back what was stolen.

I steel a semi to help break into the harbor area. But I made the mistake of driving the semi into some explosive barrels. And the semi blows up. And I die. I’ve died 6 times so far. I still can’t really drive very well yet.

I like how the game will give you tips when you die. And they have a Nintendo Power vibe/look to them. So that’s cool. Time to try to break into the harbor again with my semi. This time I take it a little slower and make sure I run over all the guards (robot guards?) along the way. I steel back the car that totally looks like certain ape Nintendo fans will recognize. Once again the cops give chase but I make it back to Doc Choc’s just in time.

I spend a few bucks on a skateboard and just start skating around town. It is a relaxing finish to my time at lunch with this game. It also makes me wish Rockstar would make a Tony Hawk game too. 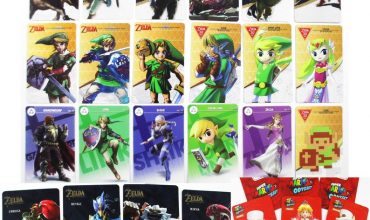