“A delayed game is eventually good, but a rushed game is forever bad.”

These days, with the advent of the always connected console, Shigeru Miyamoto’s quote may not ring quite as true; but for my money, I certainly wish it still was.

Just this last month I have been burned by numerous titles, that had they been released only a decade ago, would have been deemed broken and unplayable. Mind you, these aren’t just your run of the mill shovelware or children’s titles put out to make a quick buck. I’m talking big budget AAA games made by some of the biggest developers in the industry. Call of Duty, Assassin’s Creed, Halo. All household names. All garbage, broken, games.

I’m certainly not the only person experiencing these issues. Take internet personality Christian Spicer for example:

UPDATE! LTTP Activision rep reached out:1st he blamed me for the bug,then told me to check 4 updates @ a SHgames site I just told them about

I experienced a similar issue with the game on Xbox One and had hours of progress that simply vanished. Gone.

Halo: Master Chief Collection has a similar story. While all the single player content for the title works properly, if on day one you wanted to jump into a good old fashioned online match, it simply wasn’t possible for most people. Myself included.

Don’t even get me started on Assassin’s Creed Unity. Ubisoft released a game so buggy that they had to create a live blog just to let people know that they were aware of the issues and are working to find a solution. For a game they charged $60 for.

My point in all this? Too many developers rely on patches to fix their games post launch. There are many cases in which patching is perfectly acceptable such as adjusting balance in a fighting game, but more and more too many developers are using it as crutch.

Developers aren’t entirely to blame here. Most of the onus can probably be placed on publishers whom force developers to rush games out the door to make a deadline. It doesn’t have to be that way, and would you look at that, we’ve come full circle back to Nintendo.

Not that Nintendo doesn’t have their faults. Just last generation I can think of two instances in The Legend of Zelda: Twilight Princess and Metroid: Other M in which there where game breaking bugs. On the whole however, they have an excellent track record that can only come from a company that takes as much pride in their products as Nintendo does. It’s their mantra.

I sure wish it was for more companies in the industry.

Miyamoto experimenting with 2D Zelda, may be bringing it to 3DS 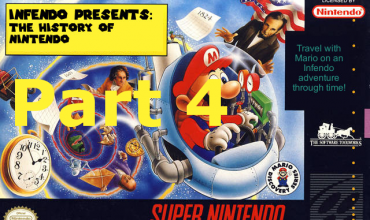