I used to be a fanboy, but there are too many games to enjoy that my perspective has since changed. Nintendo will always be my favorite video game company because of their ability to bring a product to market that is above all else a fun experience, but even still, as a gamer I want to experience as many of those fun moments as possible, even if it isn’t on a Nintendo console. With that said, welcome to tunes! This week we dive into the dark side and explore video games of the non-Nintendo variety. I hope you enjoy this weeks selection!

I was never privileged as I am now to own multiple video game consoles in the same generation so the Sega Master System was completely foreign to me. In fact, my first experience with the console came on the Wii’s Virtual Console just this generation. One of the first games for the system that I picked up on the virtual store was Wonderboy in Monster World. The game was actually the fifth game in the Wonderboy series, and is actually a whole lot of fun. The game is an action RPG of the side-scrolling variety that is similar to Zelda in many aspects. The game has you talking to townsfolk, collecting money, and even collecting hearts to extend your lifebar. There is a lot to like in the game, and I recommend it to anyone looking for something to play on the Virtual Console.

Neo Geo – Metal Slug
Whenever I ventured into my local skating rink or the pizza parlor in town, I was always sure to make a bee-line for the Metal Slug arcade cabinet. There have been many games to grace the arcades over the years, but none have had such a draw on me like the Metal Slug games. If I had the cash, I would have spent the $599 in a heartbeat to own a Neo Geo home console, that was able to read the ROM cartridges from the arcade right in your own living room. Nowadays the games are available in several different collections and on many a downloadable service, but there was just something about running over to the machine, pocket full of quarters, knowing that you were in for a good time.

Playstation – Final Fantasy Tactics
In 1998 I didn’t own a Playstation. That, however, didn’t stop me from spending hundreds of hours in the world of Ivalice. Everyday after school you would find me at my friends house while we took turns with the game. I’m not sure if this was the first time I realized I wanted a Playstation, but it sure wasn’t easy to go back home when my mother came calling. I’m not a huge fan of the Final Fantasy series, but the tactics games are another story. From the music, to the gameplay, to the surprisingly deep story, game is just fantastic.

Xbox – Grabbed by the Ghoulies
I was totally bummed, much like every Nintendo fan, when Rare was sold off to Microsoft in late 2002. No more Perfect Dark. Bye bye Banjo. All the games that defined the N64 era would no longer be a part of the Nintendo game plan. It wasn’t until I got the chance to play the first Rare game after the acquisition, Grabbed by the Ghoulies, that I starting to think that the break up wasn’t so bad. It wasn’t that the game was bad, it just didn’t have the normal Rare flair. To date, I can only think of one game since 2002 that Rare has released that I cared for even a little bit in Viva Piñata. Sure Banjo-Kazooie Nuts and Bolts was fun, but it wasn’t Banjo. Even Kameo had some redeeming qualities, but compared to the games Rare was famous for on the N64 and earlier, they just didn’t hold up.

PS3/Xbox 360 – Bioshock
I have to say, Bioshock is probably my favorite video game experience to be had this console generation. I won’t spoil anything for you, but the scene right around the climax of the game with the ‘big reveal’ is one of the best moments in video games. If you can think of a better one, would you kindly let me know what it is? There are a ton of games that you play and just go through the motions, but I can remember every moment in Bioshock, and that’s saying something.

There are still 50-person lines for the Wii 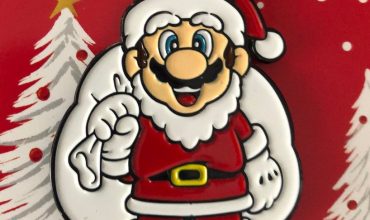