As one would expect, midsummer at the Happiest Place on Earthâ„¢ is a swirling human petri dish occupied by every specimen imaginable, making it the perfect locale in which to watch for savvy gamers on the go. DSes, GBA SPs, and PSPs were in abundance, most usually found at bus stops, hotel lobbies, and amidst long lines for shows, and usually in the hands of easily-distracted youths. A notable exception is the slightly out-of-focus woman pictured above, who proved she was the smartest of us all as she basked in the soft glow of dual screens while the rest of us endured a mandatory ten-minute ad for Kodak.

While the DS proved itself to be Disneyland’s popular handheld of choice, another battle was taking place within Epcot Center’s Innoventions exhibit: the twelve PS2s on the rear wall versus the two Gamecubes tagging along with IBM’s exhibit (the GCN, apparently, is powered by “one-of-kind” [sic] Power Architecture). Of course, this is Disneyland, and every console must therefore feature at least one licensed Disney character. The ‘Cubes, shafted with dual copies of The Incredibles, were clearly the losers of this battle. (However, if it’s any consolation to you raging Nintendo fanboys out there, every single Kingdom Hearts II controller had had one of its joysticks broken such that either the character spun in an infinite circle or the perpetually-spinning camera induced mild motion sickness.)

Finally, in a rare stroke of luck I managed to stumble across the ideal Rorschach test for the avid Nintendo fan while visiting one of Disneyland’s numerous gift shops:

Tell me, what’s the first thing that comes to mind? 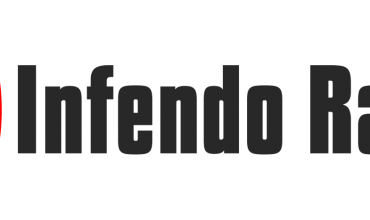