They’ve kept a strictly professional relationship for decades, but Link and Princess Zelda may soon have their Jim and Pam moment.

Men don’t explore dungeons for nothing.

According to the fan site Zelda Universe, the plot in the upcoming Zelda title Skyward Sword includes an openly romantic relationship between the two main characters, a first for the long-running franchise.

Zelda Universe owner Jason Rappaport reports the information is from a Nintendo representative at this week’s E3 expo. According to Rappaport, the romantic link provides a foundation from which the story builds.

Oh, come on. You didn’t notice the flirtatious glances across Lake Hylia?

In his video report from the E3 floor, Rappaport says Skyward Sword begins in Link’s airborne home of Skyloft. After meeting the locals in the game’s introductory sequences, Link learns about a ceremonial competition with a very tempting prize.

An evening with Zelda.

Rappaport says Link is openly smitten by Zelda and decides to participate in the ceremony. He wins, of course, and we soon learn that Zelda shares his feelings.

“There’s this little romance going on,” says Rappaport in his video.

According to Rappaport, however, the date quickly goes awry. An unexpected disaster strikes, and the couple is separated. It leads Link to the gameâ€™s first dungeon, where he attempts to rescue Zelda and, evidently, begins yet another epic adventure.

No word on whether John Krasinski will voice Link.

For more details, watch Rappaport’s video on Zelda Universe. The Legend of Zelda: Skyward Sword is scheduled to release later this year exclusively for the Wii.

New Game Get colon DS no Wii
January 10, 2011
If the most interesting man in the world listened to music, he would listen to Nintentunes!
January 22, 2012 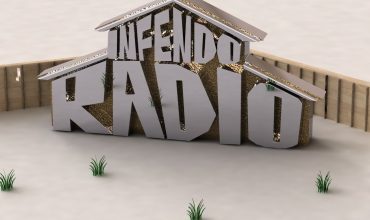